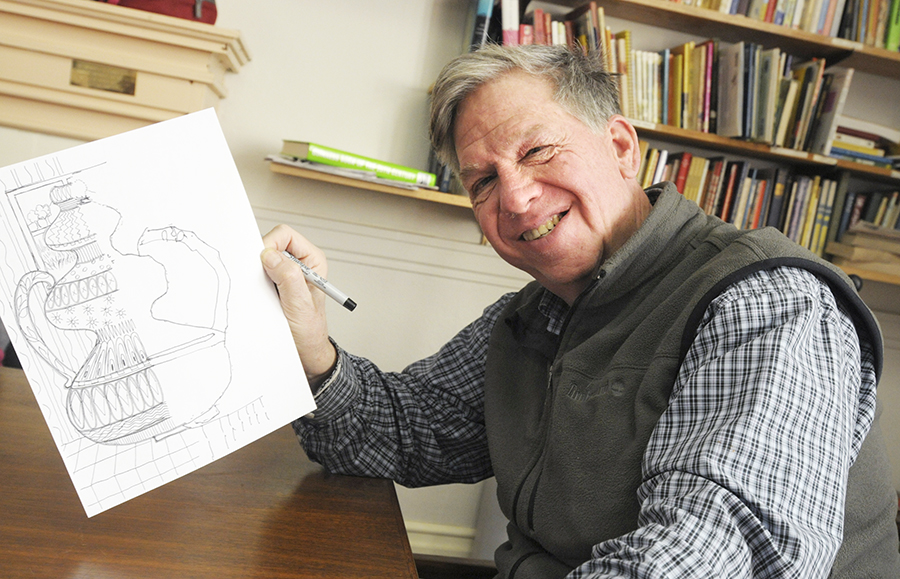 While a city worker strike or lockout has – so far – failed to materialize, two Beach groups spent the last two weeks working together to make sure programming for adults with developmental disabilities wasn’t interrupted in the event a city-wide labour disruption closed community centre doors.

Pegasus Community Project has long enjoyed a relationship with the Kingston Road United Church – the group moves its job mentorship program from Centre 55 to the church every summer, and spent the weeks of the 2012 garbage strike housed under the church’s roof. So when the group learned last month that the threat of labour disruption was looming – and that at any moment their spaces at area city recreation centres could be shut down, so they would need to vacate – Pegasus drew up a continuity of service plan that saw the groups relocated temporarily to the church.

“It really is a home away from home,” said Pegasus executive director Marie Perrotta. “The welcome is astonishing.”

The group’s program at Centre 55 was not affected, but dozens of participants in programs at Matty Eckler Recreation Centre at Pape and Gerrard, S.H. Armstrong on Woodfield Road, and at the Beaches Recreation Centre relocated to the Kingston Road church beginning Friday, Feb. 19 and stayed there through the beginning of the month. It is less disruptive for their members to know where they are going to be the next day, even though there are challenges to operating out of a satellite venue.

“We’re basically waiting, we’re in a holding position,” Perrotta said. “The inside workers are still negotiating and they’re working to rule, but they’re still in a strike position. We don’t know at this point whether we should just go back to our centres or stay at the church.

“We really appreciate and love being in the centres,” she said. “But at the same time we also have to respect what’s going on there.”

For now, the group has decided to stay at the church – a situation that is more positive than negative, Perrotta said, because of the comfortable relationship between the two community groups. While the first few years of the relationship was challenging because it was a big adjustment for the participants, over the years “the church has been so consistent, they know the church and so we don’t have this adjustment now. This was seamless,” Perrotta said.

“The thing that’s amazing to us is say we go back [to the centres] on Monday, and then there is a strike, the church is willing to say, ‘OK, come tomorrow.’ They’re being that flexible and we wouldn’t really manage without this,” she said.

The Pegasus groups see themselves spread out across the church – even in the sanctuary – depending on what rooms are vacant. There is a bowling alley from the 1930s in the basement that they use for recreation.

“It’s a great opportunity to do some interesting things, too,” Perrotta said.

But that doesn’t mean there aren’t challenges.

“It’s hard for the staff because they don’t have the stuff that they need – but they manage really well,” Perrotta said.

And transportation is an ongoing issue.

The Pegasus participants who use WheelTrans book repeated trips in advance, she explained, meaning that a vehicle picks them up every morning and they don’t have to book a ride every night. In the event of a venue change, the participants go back to the first-come-first-serve system, and are back in line, unsure if they’ll get a ride.

“So our staff have taken that on,” she said. “They go home and they make sure that everyone gets a ride … and WheelTrans has been great.”

She said it is difficult for the people Pegasus works with to make other arrangements in the event their venue is closed.

“You can’t go to the neighbours,” she said. “Some people could, for sure. But many cannot. It requires specialized care, it requires a pre-existing relationship.”

She said Pegasus knew from its inception that their space inside the community centres could be compromised, and have found various ways to manage those interruptions over the years.

“We’ve managed, but with the church it almost is a home away from home,” she said. “We don’t feel like we’re compromising anybody or anything and it causes a lot less stress, takes a lot less time. They just seem happy to have us.”