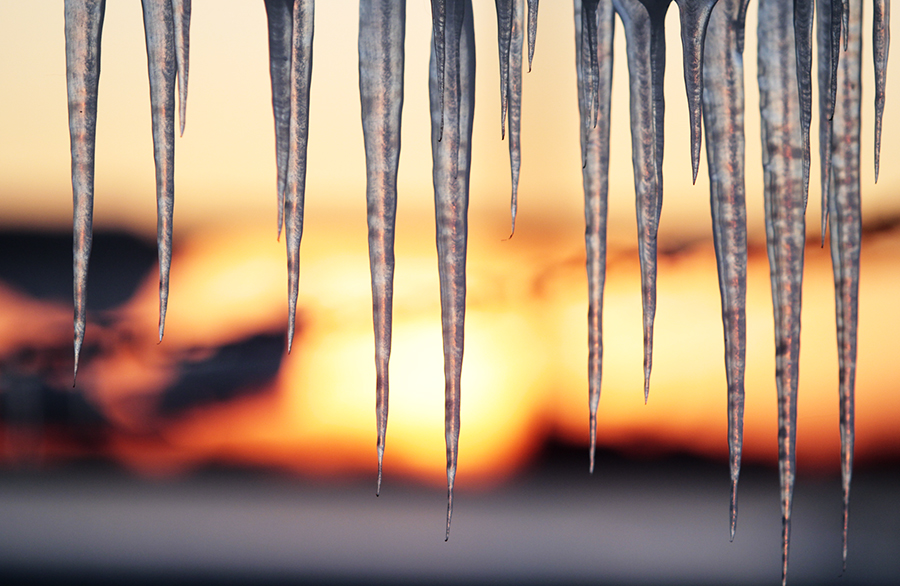 Thanks to our talented and creative readers for submitting some compelling entries to our second annual winter writing contest. Entries ranged from fiction to memoir to poetry, with a wide range of subjects.

As always, we asked a local author to provide an opening sentence to get the creative juices flowing. This winter’s sentence was provided by Teri Vlassopoulos, whose debut novel Escape Plans was published by Invisible Publishing, which also published her previous short story collection Bats or Swallows.

This year the task of choosing a winner was so daunting, the result was actually a tie. Since we’re a friendly and family publication, rather than have the two entrants  battle to the death, we have opted to double the prize, so both authors will receive a $50 credit at The Great Escape Bookstore on Kingston Road.

J. Tate Barlow’s innovative entry took a different approach, with Vlassopoulos’ sentence reading vertically, as the first word of each line in her poetic ode to the Glen Stewart Ravine.

Daniel Gagnon-King’s amusing and touching story will speak for itself. His name may be familiar to readers as the runner-up in last year’s inaugural writing contest.

etched meridians for flash rivulets
away on down and down to become creek.

At first, a spell – no sound. You wonder why
the absence compels you to hold your breath.

in benign musky decay to nourish
the tender roots.  You pause, nod Yes to a

neighbour’s cheerful aside – Magical this
backyard! – to a haven, and crossing paths …

A rainstorm etched away at the towering snowbank pushed against the woodshed in the neighbour’s backyard. Each gust pummeling the thing tested its age. Could it collapse already? I glared at it through my bedroom window with disapproval. The soft creaking of the wood may as well have been a marching band parading through the bedroom.

“Come back to bed,” my wife Dorothy beckoned with a voice that was equal parts annoyed and half asleep. “Giving it some stink-eye won’t make it stop.”

Now, I’m not the sort of man to ignore my wife, but the shed would surely collapse under the weight of wet snow. I was determined to be there watching when it happened. I fantasized about it as if it were an old nemesis waiting to be defeated.

“You can talk to Charles about it in the morning dear,” Dorothy said.

After a moment she sighed. I suppose she gave up. It was morning already anyhow. Early morning. The bright reflection of the red digits on the bedside alarm clock reminded me of that.

I was too old for this. Weren’t old folks supposed to be hard of hearing? It felt like I had been blessed with the gift, or curse, of dog’s ears, at the tender age of 81.

“I know …” I whispered, in a type of eureka moment. Charles wouldn’t know if I were to give the shed a bit of a push, would he? I grinned a most malicious grin and slipped on my thickest sweater. I was cautious and quiet, but the old floorboards had other plans. Dorothy flicked on the bedside lamp.

“And where do you think you’re going at this hour?” she groaned, eyes only partially open.

I had been married to this woman for 50 years. There was no way she wouldn’t catch me in a lie.

I stomped my foot. “You know what? I’m going to go give Charles’ shed an extra nudge so the damn thing collapses!”

She looked at me in the strangest way.

“Be sure to put your boots on, it must be wet out there.”

She wiggled out from the covers and found herself a sweater.

Had I just received approval to vandalize my neighbour’s shed?

“Don’t look at me like that,” she muttered, “You’re going to need a look-out.”

I smiled and gave her a big wet kiss on the forehead. We made our way downstairs and crept outside. We were true hoodlums!

I shuffled over to the shed and positioned myself. It was awful out. The rain had started to freeze to the point that all the trees were covered in a sheet of ice. I looked back and my wife gave me the go-ahead.

Without much effort at all, the shed came down with the loudest crack I had ever heard.

Shocked, I turned to see the old oak in our backyard had come crashing down onto our home. It had broken through the bedroom wall and the second floor, right where we had been only moments prior.

She was just as shocked as I was. We held each other, thankful that our act of mischief had been a blessing in disguise.

Charles poked his head out from the second floor window of his home.

“Yes Charles thank you,” Dorothy yelled back. “The house might need some work now though.”

“Aw no, Charles!” I shouted, “Looks like the storm took down your shed too!”

“Bah,” Charles waved, “Old thing was bound to come down one of these days.”

“Well I suppose we’ll start making some calls,” I shouted up.

“Okay you two, be safe,” Charles shouted down. “And hey, what are you doing in my backyard?”