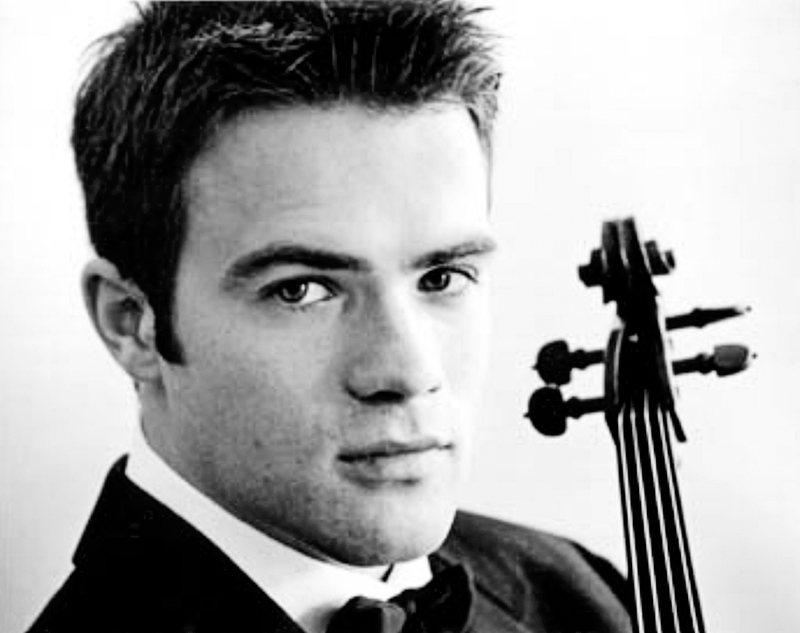 Eric Nowlin will perform as part of The Viola concert series.

On Sunday, Jan. 17, Eric Nowlin, associate principal viola with the Toronto Symphony Orchestra and a member of the New Orford String Quartet, will perform at the Seicho-No-Ie Centre.

Starting at 1:30 p.m., the one-hour show will feature music chosen by the performer.

Nowlin has performed around the world. He has won numerous performance prizes, and has performed with the Springfield Symphony in Missouri, Santa Cruz Symphony, Peninsula Symphony, and the Kumamoto Symphony in Japan. He has given recitals in New York, Chicago, San Francisco, and Mexico.

Seicho-No-Ie is at 662 Victoria Park Ave., just north of Danforth. Tickets are $20 at the door, and proceeds go to the centre’s renovation project. Please bring non-perishable food donations for the food bank.

Sue and Dwight’s old school folk covers traditional themes such as peace, courage, and social justice. The pair’s harmonies are backed by guitar and accordion, and songs are interspersed with tales of the prairies, big city life, and foreign travels.

David Storey spent many years making videos and television specials for artists such as Tom Cochrane, Stompin’ Tom Connors, and Anne Murray, before producing and directing Corner Gas. He’s returned to his first love, making music, and has been making fans of audiences with his folk-rock songs.

Winterfolk artistic director Brian Gladstone and his fingerpicking guitar style will be joined by guitarist Noah Zacharin. Gladstone’s eclectic roots music has been played around the world, while Zacharin is as well known for his original music as for his backing of other performers.

This year’s Winterfolk will run in mid-February, but the preview show gets underway at 8 p.m. at Robinson Hall, 1512 Kingston Rd. just east of Warden Avenue. Tickets are $25 at the door or $22 in advance.

Jazzy Sundays continue at Morgan’s on the Danforth, 1282 Danforth Ave., just east of the Greenwood subway station. From 2 to 5 p.m. enjoy fine jazz duos with no cover charge. Beverly Taft and David Restivo will play on Jan. 17, with Annie Audrey Bonsignore and Mike Conto on stage on Jan. 24.

Local jazz drummer David Hutchison and his quartet will play every Sunday in January at The Rex jazz and blues bar on Queen Street West from 7 to 9 p.m. Hutchison will be joined by Mark Hukezalie on keys and Peter Telford on bass. Colleen Allen will play sax on Jan. 17, with Bob Brough taking over for Jan. 24 and 31.

Choir!, a new Beach Hill-based choral singing group, is looking for anyone who might want to take the next step past belting out ABBA in the shower.

No audition, experience or training is required, just passion for singing and a sense of community. Rehearsals begin on Jan. 28, with a concert scheduled for April. Email ourcommunitychoir@gmail.com for more information.