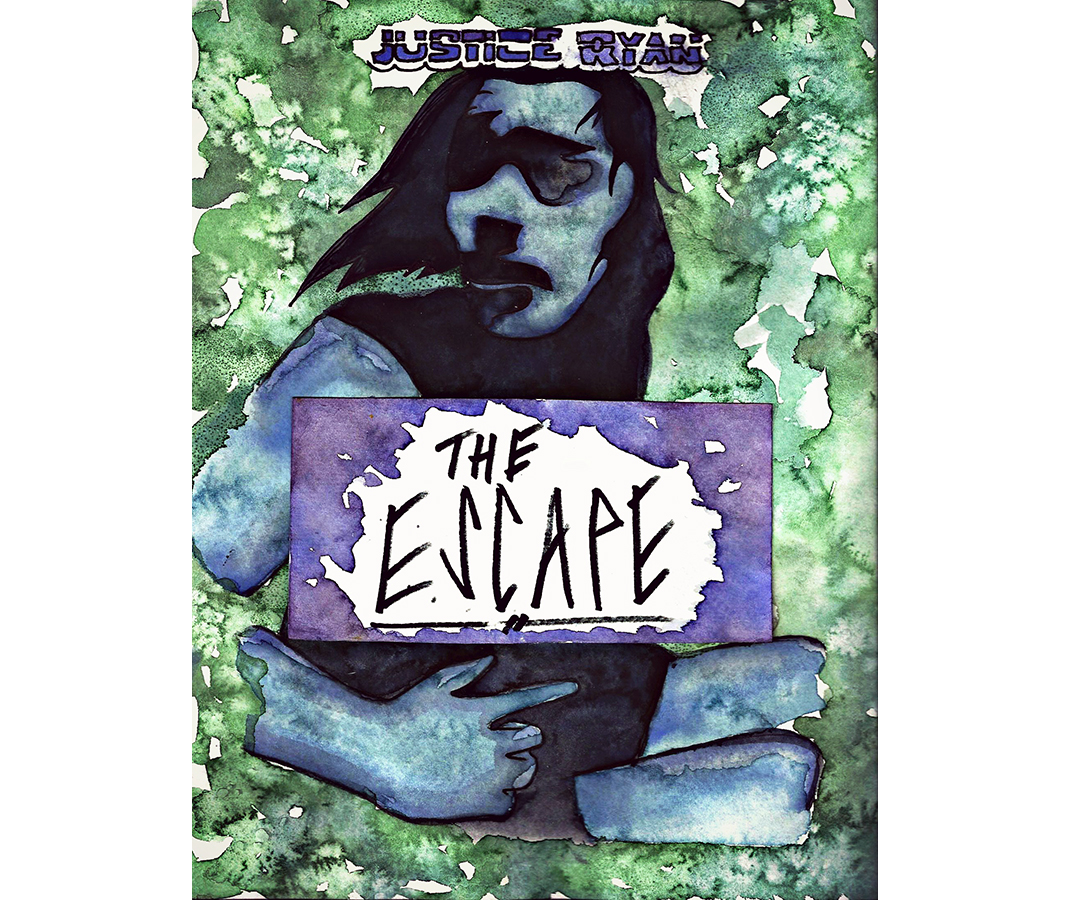 Justice Ryan's comic book The Escape, which won a James Bartleman Aboriginal Youth Creative Writing Award, tells the story of a girl's escape from residential school. Ryan said the story was inspired by a visit to the Woodland Cultural Centre, the former site of the Mohawk Indian Residential School in Brantford.
Image courtesy Justice Ryan

But they were stashed behind walls and under floorboards in a place no child should have been.

“The kids were hiding all this stuff like contraband,” said Ryan, talking about her visit last year to the Woodland Cultural Centre in Brantford, a building formerly known as the Mohawk Indian Residential School.

The ‘school’ was the first of its kind in Canada. Beginning in 1831 up to 1970, generations of aboriginal boys and girls were taken from their families and boarded there.

Kids called it The Mush Hole. Until the 1960s, they spent half their day farming crops – residential schools had to largely fund themselves – and they ate whatever they didn’t sell.

Ryan, a Grade 12 student at Malvern Collegiate who is Ojibwa and Potawatomi, said stepping into the bare and dusty dormitory of the former school was a big moment for her.

“It was really sad,” she said. “It looked like an old attic, but that’s where these kids were forced to sleep and live.”

A guide told Ryan how boys used to shimmy out the second-floor window and clamber over a fence to pick old candies from a trash bin behind a store. The owner dusted it with rat poison.

But she was inspired by the courage behind the boys’ hard-won treasures, which were found by building inspectors when most of the school became a Six Nations cultural centre and museum.

So when she heard about the James Bartleman Award for creative writing for aboriginal youth, Ryan already had an idea – a comic book about a girl’s attempt to run away from residential school.

Ryan heard about the award from Patricia Martin, a cousin she met in a night class at the TDSB’s Aboriginal Education Centre. The contest stuck in the back of her mind until a month before deadline.

“I was doing it on the subway, in my spare, at night time – it was crazy,” said Ryan.

With no time for paint and ink, Ryan made The Escape by shooting cell-phone photos of a friend and editing them with imaging software on Martin’s computer.

The result struck a chord.

Ryan was rushing to start a shift at her burrito shop job when she got an unexpected call.

“I get this phone call and they were like, ‘Hi, it’s the Ontario Secretary of blah blah blah,” she said. “I was like, ‘Okay, this is spam.”

Ryan asked the woman to take her off their call list. She was going to hang up, but the woman said, “No, no, no, aren’t you Justice Ryan?”

After it was all sorted, Ryan was thrilled.

The award includes a $2,500 prize, but what she is most excited about is the chance The Escape – and another comic she is drafting now for elementary students – could make it into TDSB schools.

Ryan said few of her classmates know about residential schools, or much aboriginal history.

“Some people say, ‘Oh, it happened hundreds of years ago,’” she said, even though Canada’s last residential school only closed in 1996.

After CBC and CTV aired stories about Ryan’s comic book, Jason Reitemeier, a Malvern alumni who now teaches in the Peel District, suggested she write another comic that younger children could read.

Ryan liked the idea, but at first she was stumped.

Reitemeier had mentioned that some of his family had gone to St. Anne’s, a residential school in Fort Albany, Ontario. In a school system that drew over 37,000 claims of sexual and physical abuse, St. Anne’s is said to have been among the worst.

A former supervisor was convicted of forcing small children to eat their own vomit. A makeshift electric chair was used to punish children as young as six.

“Everything is so intense about residential schools,” said Ryan. “What is kid friendly?”

It’s early yet, but Ryan is drafting a comic that tells the residential schools story in a more abstract, but meaningful way.

It will open with aboriginal children at home with their families, each with a red silhouette. When the Indian agents show up to take them away, their silhouettes are blue.

As the story progresses, Ryan said, the children’s silhouettes gradually shift from red to blue.

“One thing people don’t understand is that not only were these children being bullied by Indian agents and the Western community, but when they returned to their families, their families see them as white kids,” she said. Children returned unable to speak their parents’ language.

“It’s terrible – some of the communities really shunned the kids, and it’s not even their fault.”

At 17, Ryan is nearly finished high school. After graduating, she hopes to become a family physician, working for aboriginal people in places that don’t get a lot of medical attention.

Asked how she feels about the way aboriginal history was taught in her own elementary and high school classes, Ryan said much of it came late, often in optional classes that aren’t held every year.

But she is encouraged, she said, not only by the night course she took – it counts as a high school and a university credit – but also by more widespread changes like aboriginal-inspired projects in Grade 9 art.

“I gotta say that it was pretty poorly taught for my generation,” she said. “But I notice that a lot of things are changing.”