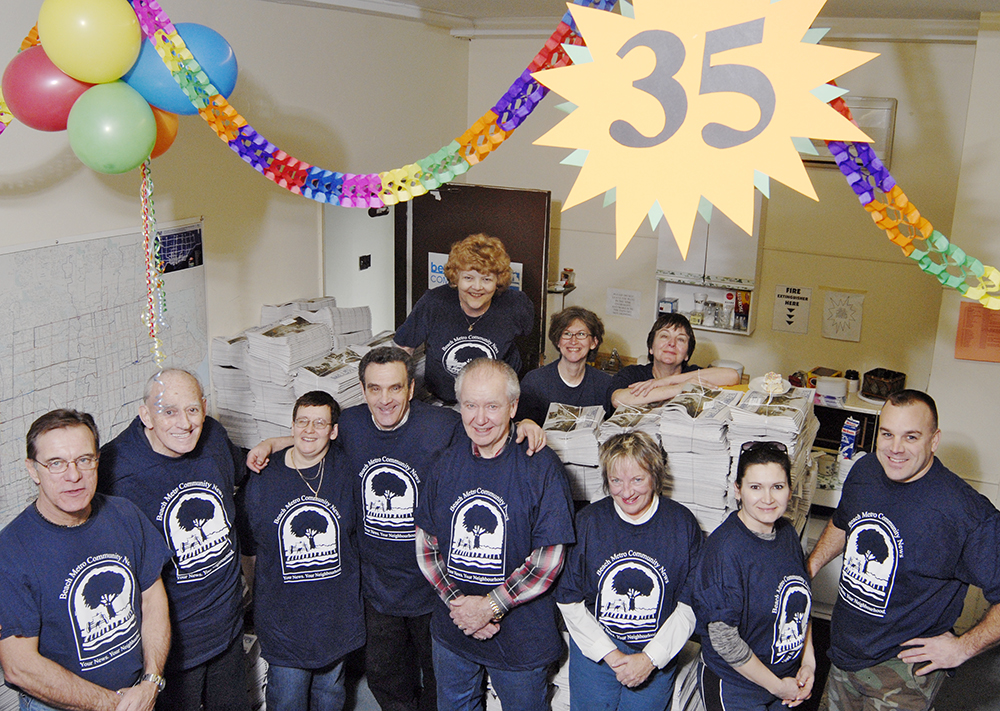 I met David Windrim about 30 years ago when he came to the Beach Metro News office (then Ward 9 Community News). He was the epitome of the successful businessman: well-groomed, smartly dressed and confident. He was at the peak of a long career in sales and marketing with Bell Canada.

He was also one of the founders, as well as the president, of the Beach Triangle Residents Association, committed to curtailing the noise, traffic and parking problems associated with the Greenwood Racetrack, as well as cutting back on the number of race days, including Sundays.

He served on the Triangle executive until earlier this year, even though he had moved to one of the buildings on the site of the old racetrack. His condo overlooked the boardwalk and lake, and he described his new location as “like being on holiday 365 days a year.”

David liked to be involved. For a time he served on the Board of Governors of Exhibition Place, the Canadian National Exhibition, and the Metro Toronto Convention Centre.

In retirement he was a member of the Telephone Community Volunteers and participated in various charitable causes. When the TCV computer club met on the same morning Beach Metro was distributed, he had to make hard choices.

At the newspaper we knew him best for his volunteer work with the paper. He was a long-time carrier in the Triangle and then at his condo. He was elected to the newspaper’s executive board, where he served for 20 years, including a term as president.

David’s commitment was hands-on. Every second Tuesday he came to help unload the delivery truck and prepare the bundles to go out to the carriers. He was my partner – I counted and he tied. Then we had a coffee and discussed the state of affairs in the Beach and the world.

I felt fortunate to be able to call on David’s expertise and experience. He was a good listener and came up with well thought-out solutions to issues of the day, or confirmed I was on the right track.

One of his ideas was to bring some stimulation into the life of a resident at Main Street Terrace (Bestview Lodge). David and his wife Dorothy visited Jim every week and took him out for walks around the neighbourhood. David decided that Jim would benefit from meeting new people and helping out on publication day, so he brought him out to help with the bundling. The more we saw of Jim, the chattier he became.

Another example of David’s concern for others was an occasion when several of us attended a gathering downtown and were walking to the subway late at night. We came across a person we knew who was in distress, and David helped get him back on his feet and called a taxi. The taxi driver wasn’t too happy as we put the fellow in the back, so David decided he would go along in the taxi and make sure the fellow got home. We directed the driver to Victoria Park and St. Clair. David realized he had no idea where to go, and the man couldn’t remember his own address, so they drove to every apartment in the area, until someone recognized the passenger and escorted him inside.

In the last three years David’s health began to fade. He passed away peacefully at Main Street Terrace on Saturday, Nov. 21. He was born in Brantford on July 12, 1937. He leaves Dorothy, his wife of 54 years, three sons and two grandchildren. Donations in his memory may be made to the Alzheimer Society, Parkinson Society of Canada, or in memory of his granddaughter Myah, a donation to Meagan’s Walk would be appreciated.

Sheila Blinoff is the past general manager of Beach Metro News and Ward 9 News.