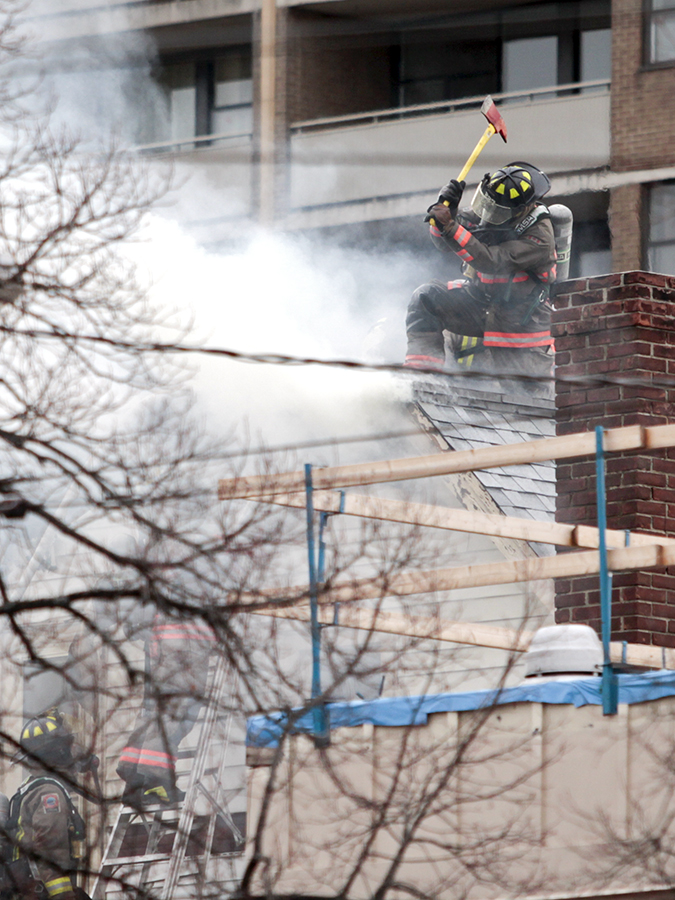 A firefighter chops a hole into the roof of a home that backs on the Giffen-Mack Funeral Home on Danforth Avenue east of Main Street, where a fire broke out after 10 a.m. on Thursday, Nov. 26.
PHOTO:Andrew Hudson

Firefighters were dispatched at 10:45 a.m. on Nov. 26 to a two-alarm fire near Danforth Avenue and Main Street.

No injuries were reported in the fire, which sent flames and smoke spewing out of a home that backs onto the Giffen-Mack Funeral Home on Danforth Avenue just east of Main Street.

Police said the fire was likely related to renovations work in the home, and firefighters estimate the damages at about $200,000.

Danforth Avenue traffic was diverted for several hours around the Main Street intersection and TTC service interrupted while crews dealt with the blaze. Danforth Avenue was closed in both directions at Main Street this morning, where firefighters responded to a two-alarm fire.
PHOTO: Andrew Hudson