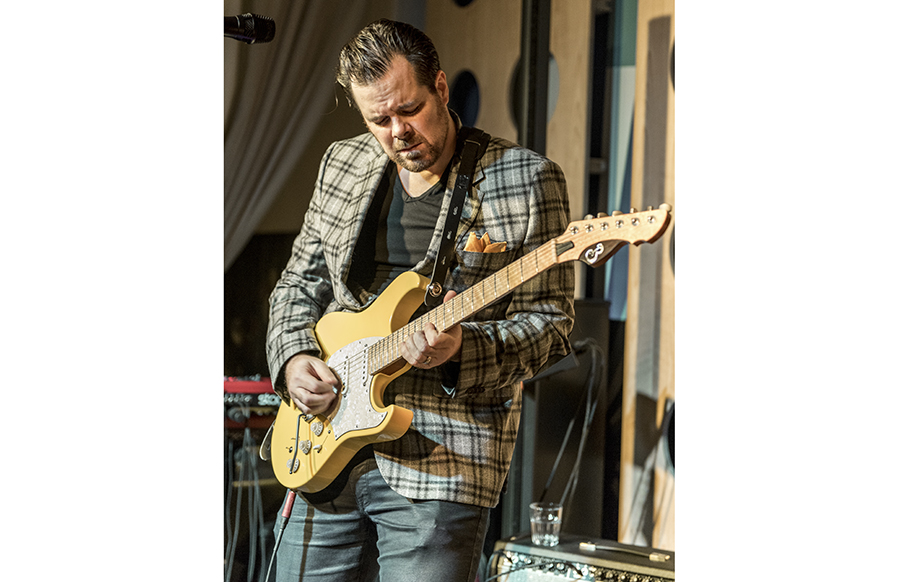 Beacher Galen Weston is celebrating the release of his album Plugged In with a concert at Tattoo on Queen Street West on Wednesday, Nov. 25.

Zacharin is a singer, guitarist and songwriter based in Toronto, originally from Montreal. He began performing at age 14, and has released six albums since 1982. His folk is tinged with blues, country and pop touches, and his singing and playing have garnered praise from the CBC, music journalists, musicians, and producers.

Also on the bill is Edmonton-based Jenie Thai, a pianist and bandleader who has been making waves on the international blues and jazz scene.

East Danforth resident Cameron Tingley will host a showing of his short films on Saturday, Nov. 21 at Hirut Café and Restaurant.

Tingley, a filmmaker, visual humourist, film editor, and post-production supervisor, has produced a series of short films that take a fresh look at daily life in modern society. Working with The Flying Spot Players, a Toronto-based theatrical troupe, Tingley hopes to provoke thought, wonder, and laughter with the films.

The show, called Life As We Know It, will feature Tingley speaking in between shorts with some commentary on the movie and its subjects. Those subjects include pollution, advertising, popular culture, consumerism, social etiquette, and more.

“We are losing sight of the relationship between our individual actions and the general condition of our culture and our environment. These little movies are meant to put a face on those relationships to help bring the underlying connections and patterns to the fore,” writes Tingley.

Choir!, the community-based singing group of about 40 vocalists based at Forward Baptist Church, is holding its first-ever concert on Nov. 28.

Started by Damaris Schmucker and Sarah Quartel only two months ago, the choir covers a wide range of music such as baroque-era madrigals, Canadian choral compositions, and classic popular music. The concert features songs chosen to fit the time of year – autumn, heading into the holiday season.

Choir! will perform at 7 p.m. on Nov. 28 at Forward Baptist Church, 1891 Gerrard St. E. just west of Woodbine Avenue. The concert is open to anyone to attend, and children are welcome. Admission is free, and non-perishable food donations will be collected for the church food bank.

East End singer and songwriter Julian Taylor and his band are celebrating the release of the first of four EP from the new double album Desert Star.

The Julian Taylor Band will perform on Nov. 28 at the Horseshoe Tavern to launch the EP. The five-song mini-album features the vocal and guitar work of Taylor, with backing from drummer Jeremy Elliott, bassist Steve Pelletier, and David Engle on keys.

The group plays a blend of rock, soul, and R&B. Taylor honed his skills in his former band Staggered Crossing, while other band members have backed musicians like K-OS, Johnny Reid and Colin James.

The Julian Taylor Band will be supported at the Horseshoe by The Commoners and Jordan Alexander. Pick up tickets online, but don’t wait too long – the band’s last show at the long-lived Queen Street West venue sold out.

Beacher Galen Weston (no, not that Galen Weston) has returned to his first love, music, after a slight detour for a career in finance.

Weston grew up in a strict household in a small town, allowed to listen only to Christian music. As he grew older he surreptitiously discovered rock and jazz, eventually leaving home to attend Humber College’s jazz program.

After several years of self-supported schooling, the real world came knocking, and Weston moved on to the financial industry. Entrepreneurial success allowed Weston to start thinking about music again, and three years ago, with the help of his wife, Sousie Weston, he opened Rose Room Recording, a boutique Leslieville-area recording studio.

Weston has come full circle, dedicating himself to music full-time. He is releasing his album Plugged In at a West End concert on Wednesday, Nov. 25.

Listen to and download Plugged In free then pick up tickets for the album release concert at Tattoo Queen West, 567 Queen St. W., at 8 p.m. on Wednesday, Nov. 25. Tickets are $16 in advance or $20 at the door.

Jazzy Sundays run weekly at Morgan’s on the Danforth, 1282 Danforth Ave. near the Greenwood subway station.

Each week a new combo performs from 2 to 5 p.m., with no cover charge.

Allyson Morris will be joined by Ted Quinlan and Kieran Overs on Sunday, Nov. 22. On Sunday, Nov. 29, Lisa Particelli’s ‘Girls Night Out’ vocal jazz jam will take to the stage, with Mark Kieswetter on piano.