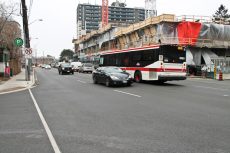 After the deadliest year in almost a decade, the City of Toronto says it is taking action on road safety. According to the city, there were 77 fatalities in 2016 and between 2013 to 2016, the average number of traffic fatalities has been sitting at 64 people per year, representing a 10 year high. “The […]