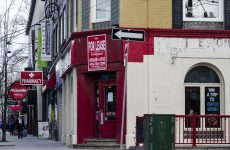 Another one bites the dust. Local residents were caught off-guard early in February when a note appeared in the window of St. Louis Bar & Grill informing customers that the restaurant had ceased operations effective immediately. The franchise had been in operation on Queen Street East for more than five years and was a favourite […]