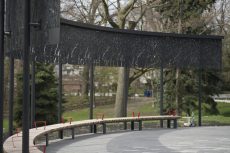 As Kew Gardens reaches the end of its renovations, local councillor and parks chair Mary-Margaret McMahon says the price tag hasn’t changed since the million dollar contract was awarded. “The cost is finished but the work is not,” said the Ward 32 councillor, referring to numbers that were revealed in late 2015, and the handful […] 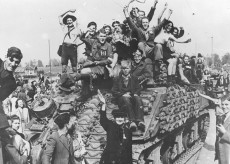 Vet’s story triggers reader memories Re: Nine decades of life on Silver Birch (Nov. 3): It was with great interest that I read about Bob Fraser’s memories of the war, as my father’s memories of it were very similar. In fact, Bob Fraser might like to see the picture of my father Bill Houston, a […]

The Queen Street end of Kew Gardens is set for a facelift in the next year. The first of two planned public consultations took place on March 18, with about 75 interested parties crowding the gym at the Beaches Recreation Centre to offer their opinions on the possibilities for the small section of the north […]