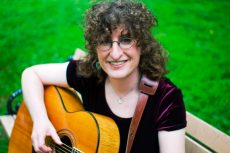 Celebrated East End folk and roots music series Acoustic Harvest celebrates its 20th anniversary this year – and that calls for a big, eclectic party. The 20th anniversary celebration gala and fundraiser happens Saturday, June 3 at Robinson Hall, St. Nicholas Anglican Church and features a sampling of the many performers who have graced the […]