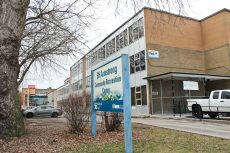 After a lengthy budget meeting that lasted well into the wee hours of February 15th, city councillors voted against funding that would have preserved city programming at S.H. Armstrong pool. On an amendment that would have returned money cut from the pool as part of the 2017 budget, council voted against ward 32 councillor Mary-Margaret […]

Gushing spouts of water were filling the pool at Crescent Town Club last Thursday. It’s a welcome sound. Closed for nearly 11 months after a fire destroyed its electrical system, the club is finally getting set to reopen on June 1. All but six of the club’s 40 part-time workers are returning. “I can’t wait […]