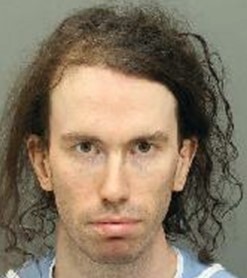 John Paul Vosu, 41, of Toronto, was arrested on Friday, Jan. 20, in connection with an investigation into an alleged indecent act in Glen Stewart Park earlier this week. Inset photo shows a security camera image of the accused allegedly in the area. In a news release on Jan. 21, police said they were concerned there may be other victims.

A 41-year-old man has been arrested and charged in connection with a police investigation into an alleged indecent act that took place in the Beach earlier this week.

According to police, officers were called to the area of Glen Manor Drive and Glen Stewart Avenue at 5:15 p.m. on Wednesday, Jan. 18. Police said that two girls who were in Glen Stewart Park told officers that a man had approached them and allegedly committed an indecent act.

He has been charged with two counts of expose genitals to a person under the age of 16, and with fail to comply to a release order.

Police are concerned there may be more victims, and images of the accused have been released.