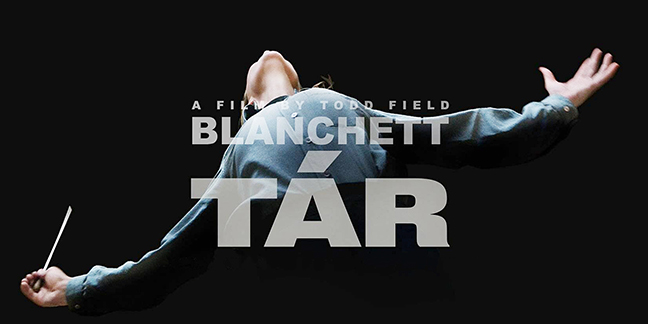 Local student Brady Burkett shares his reviews of movies that have recently been shown, or will be shown, at the Fox Theatre on Queen Street East in the Beach.

The reason I bring up this anecdote, beyond it being a mildly amusing gateway into the meat of this review, is because there is a large and notable difference between a two-hour and three-hour movie, that difference being pacing.

Although there are counterexamples in both of these broad subgenres, generally two-hour-movies are more tightly compacted and quickly paced. Three-hour movies, on the other hand, are often less interested in tight plotting and more interested in exploring a character or world in great depth, and Tár absolutely falls into the latter category.

Tár focuses on Lydia Tár, a pretentious lesbian conductor and composer at the Berlin Philharmonic working on her apparent magnum opus. It’s a character study film, through and through, focused not at all on developing a plot and entirely on following its protagonist through her tenuous relationship with her wife, her grooming and manipulation of one of the younger members of her orchestra, and her eventual simultaneously unexpected yet somehow inevitable downfall. It’s a very long, very slow experience, but if you go in with that expectation, the payoff is indeed worth it.

To begin, we have Cate Blanchett’s performance as the titular character. It’s an absolutely monumental task to even approach playing Lydia Tár, who is in every single scene and very nearly every single shot.

It requires an actress that is able to tow the line between reserved mystique and deeply personal poignancy, keeping her unlikeable enough for us to root against her but not cartoonishly hateable so as to make her unbearable to watch. And yet, Cate Blanchett makes it look easy, giving a tour-de-force achievement of a performance, making every single second layered and entrancing. She is, by far, the best part of the film.

To get some other obvious things out of the way, the other performances are also solid, albeit nothing really special. The entire movie is directed excellently, with the editing and cinematography being on point. The other majorly noticeable aspect is the sound, which is excellently immersive at every second, and perfectly accentuates the orchestra scenes in particular. My only wish is that there were more of them.

Which brings me to my main criticism: the film is simultaneously far too focused and far too unfocused, despite how contradictory that seems.

Essentially, as I previously mentioned, the entire film is exclusively dedicated to Lydia Tár as a character. Yes, the movie is named after her, but the issue with this is that it fails to explore potentially interesting plot elements for fear of cutting away from its lead.

For one, a large portion of the movie is spent showing the psychological impact that a certain orchestra member that Tár groomed, abused, and betrayed in the past still has on her, but the problem is that we never actually find out what happened between them. I do enjoy things being left ambiguous, but the film is already so filled with ambiguity that some clarification on this incredibly important plot point would be much appreciated.

Still, Tár is overall a solid movie. It’s not the most accessible thing in the world, but if you go in with the expectation of seeing something long, slow, and thought-provoking, then you very well might have a good time with it.

It’s not the masterpiece that it’s been propped up to be, but Cate Blanchett’s performance alone is worth the price of admission. Just remember: it is not one hour and 58 minutes long.

The Fox Theatre is located at 2236 Queen St. E. For more information on upcoming films playing at the Fox, please visit https://www.foxtheatre.ca