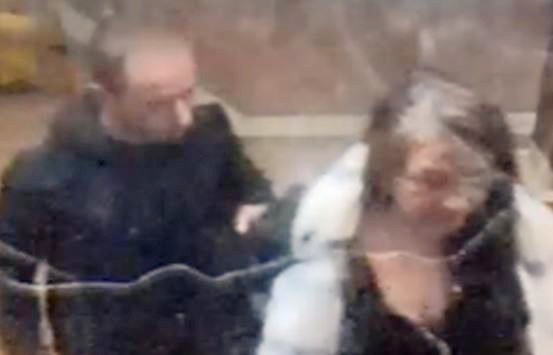 Toronto police have released security camera images of a man and woman being sought in connection with an alleged threatening incident on a TTC streetcar.

Toronto police are requesting the public’s assistance identifying a man and a woman involved in an alleged threatening incident on a TTC streetcar travelling in East Toronto last year.

According to police, a man and a woman were aboard a westbound streetcar travelling between Greenwood station and Donlands station at approximately 6:30 p.m. on Sunday, Oct. 3, 2022. Police alleged the man began harassing passengers and was seen sheathing and unsheathing a knife.

He is described as five-feet, seven-inches tall, with a thin build, weighing 130 pounds, with a shaved head and balding, and with written script tattooed on his right hand. He was wearing a black jacket with black hood, black and white bandana, zebra print bag, yellow pants, dark shoes. Police have released images of both the man and woman they are seeking.