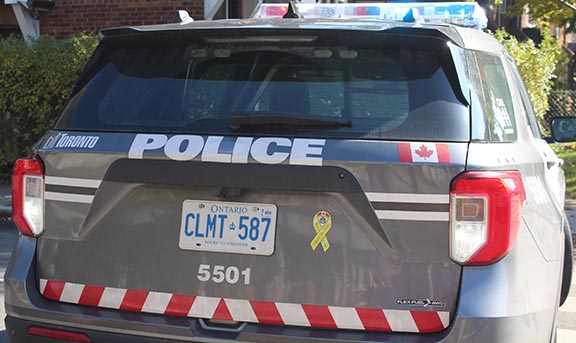 Police in 55 Division are asking for the public's help in finding a 19-year-old man wanted on a number of charges including aggravated assault.

Toronto police are asking for the public’s assistance in locating a man wanted in connection with an alleged assault in the Pape Avenue and Gerrard Street East area earlier this month.

According to police, a 19-year-old man was allegedly assaulted in the area on Thursday, Dec. 8, at approximately 9 p.m. The victim suffered serious injuries and was transported to hospital, police said.

Police said in a news release on Dec. 21 that they are looking for Toronto resident Seth Gardner-Thorne, 19, in connection with the incident. He is wanted on charges of aggravated assault, assault, threatening death, and robbery.

He is described as six-feet tall, weighing 180 pounds, with red hair, a red moustache, and a red goatee.