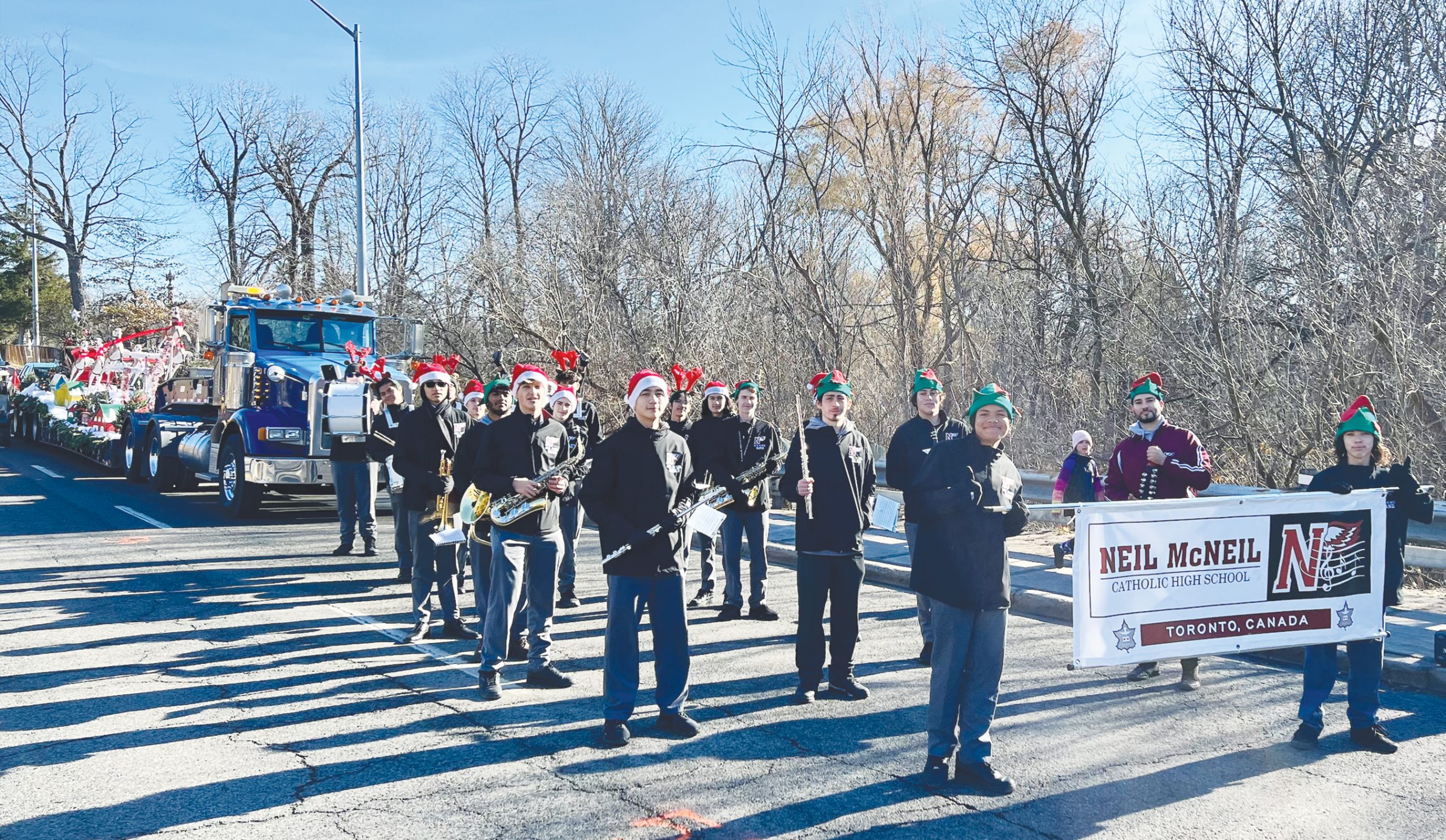 The Neil McNeil Catholic High School Marching Band recently took part in a number of community Santa Claus parades including this one in Markham. Photo: Submitted.

The Neil McNeil Catholic High School Band made a joyous return to marching in Santa Claus parades on Saturday, Nov. 26, in Markham.

It had been three long years since the Marching Band participated in the last in-person parades before COVID-19 restrictions. The boys were very excited to have this opportunity and new experience of participating as only two of the 20 musicians had played in the 2019 parades.

The band rehearsed diligently for weeks leading up to the Santa Claus parades in both Markham and Ajax, learning how to deal with marching gear, formation and synchronization, often in frigid temperatures out on the school track.

The parade day was a long one full of travel, performance, brotherhood and Christmas cheer. The setlist was a rotation of classic Christmas melodies, arranged for the Marching Band, including favourites such as Jingle Bells, Good King Wenceslas, Joy to the World, and more.

At the Markham parade, the Neil McNeil Band was the last group right before the man of the hour, Santa Claus! Band director, Mr. J. Stepanian was very proud of his students’ progress and success at the parades, as being in the band was extracurricular this semester and they had limited time to rehearse.

Usually the Neil McNeil Band has a few performances a year, namely their Christmas and Spring Concerts, but this year they will be performing more.

The Neil McNeil Band will also be competing in the OBA (Ontario Band Association) Festival in February, planning a performance trip in the spring and will be taking part in the Festival of Music at Canada’s Wonderland in June. The boys are excited to be performing once again.