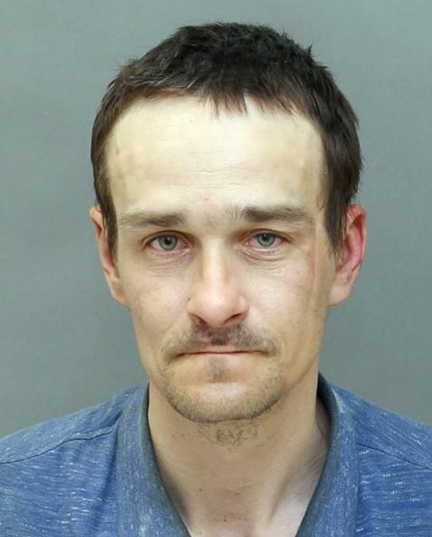 Toronto police are looking for Brent Prankatz, 40, in connection with a number of alleged break-ins in the East Toronto area.

Toronto police are asking for the public’s assistance locating a man wanted in connection with an investigation into a number of alleged break-ins in the East Toronto area.

In a news release issued on the night of Dec. 13, police said they are investigating alleged break-ins reported in the Main Street and Danforth Avenue area and in the Matilda and Carroll streets area.

According to police, officers were called to the Danforth and Main area on Thursday, Dec. 8, for a reported break-in taking place. Police said a man allegedly gained entry to an underground parking garage, cut the locks off a number of storage lockers and took several items.

Also, police alleged that between July 24 and Dec. 7 of this year, they received several calls regarding alleged break-ins in the area of Matilda and Carroll streets, which is just northwest of Broadview Avenue and Queen Street East. According to police, a man allegedly gained entry to an underground parking area, cut the locks off  bicycles and then fled with the bikes.

He is described as five-feet, 10-inches tall, with a thin build, short brown hair, and a moustache/goatee. He often wears a baseball cap and carries a large backpack, police said.