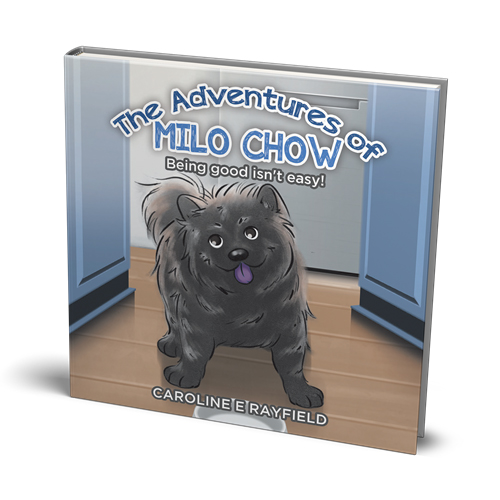 The Adventures of Milo Chow has been written by local author Caroline Rayfield.

The star of the show, Milo, is based on Rayfield’s own Chow Chow Milo, who unfortunately has now passed.

“He was my best friend,” said Rayfield. She had officially adopted Milo after fostering him for five months, and she had two lovely months with Milo before he got sick. “It was like he was here and then he was gone. I didn’t get enough time with him as mine.”

During her time with Milo, Rayfield would write down the things that Milo did, including the way he would react to the other animals and fosters around the home.

“I just wrote everything down that would make me laugh,” said Rayfield. “He had such a personality that I just wanted to document it.”

When Milo passed away, Rayfield said she didn’t know what to do with all the things she had documented. She started to put them together and write something with all of Milo’s reactions to the world.

“I knew when I wrote this book, it would be for him. He’s always with me,” said Rayfield.

After some time, and some writing later, Rayfield found the courage to really start to put a book together. “I hadn’t told anyone just yet. I was still grieving,” she said.

Many local pet stores and shelters in the area will be selling The Adventures of Milo Chow this month.

For more information on the book, including where it can be purchased, please go to https://theadventuresofmilochow.com/