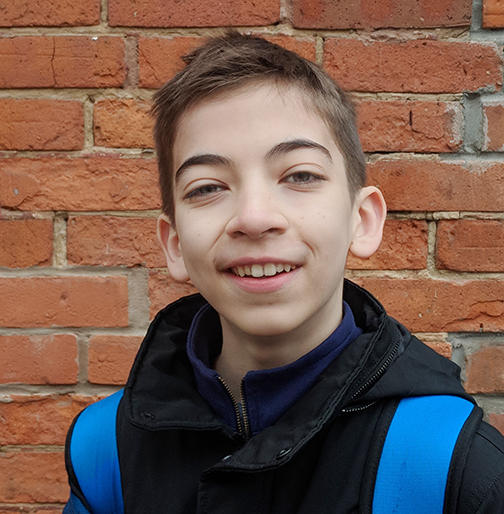 Beach dancer William Sinclair will be performing the role of Misha in this December's productions of The Nutcracker by the National Ballet of Canada. Photo: Submitted.

Young Beach dancer William Sinclair will be performing in the National Ballet of Canada’s production of The Nutcracker this month at The Four Seasons Centre in Toronto.

In Grade 9 at Canada’s National Ballet School, Sinclair has been a student there since the sixth grade. He started dancing at the age of seven and was encouraged greatly by his dance teachers at the Beaches Dance and Music school during this time.

”Each day, we have ballet class in classical technique, then a rehearsal for The Nutcracker,” said Sinclair of his preparations for dancing the role of Misha in the production that runs from Dec. 10 to 31.

“I’m also dancing other roles in the production on some of the days when I’m not dancing Misha. There are several casts for the show because we do so many performances. After rehearsal and lunch, we have our academic classes. We also have ballet class and rehearsals on the weekend.”

While Sinclair has been in The Nutcracker production in previous years, this is his first time in one of the children’s lead roles as Misha.

In James Kudelka’s version of The Nutcracker for the National Ballet of Canada, the two child leads are a brother and sister, Misha and Marie. Sinclair was one of the four boys attending Canada’s National Ballet School chosen for the role of Misha this year.

“It’s an honour to be chosen to dance a lead role in one of the National Ballet of Canada’s most popular productions. It’s definitely a lot more work than the other roles I’ve danced in The Nutcracker,” said Sinclair.

Other roles he has danced in the production in past years included a chef, a guard, a family member and a courtier.

The characters of Misha and Marie spend a lot of time on stage during the production, said Sinclair.

“As Misha, you have a quick costume change in Act 1 and you have to be ready to get right back on stage. You’re also on stage through most of the show,” he said.

Training for ballet during the COVID-19 pandemic was a challenge for students and included having to take online classes at home.

“Certainly, it was very limiting to do my classes online in the early part of the pandemic,” said Sinclair. “I had to do all my classes in our tiny living room, checking the small window of my screen to learn my exercises and to communicate with my teachers.”

And like so many others during the pandemic, Sinclair had to be able to adapt to changing circumstances and technology.

“Sometimes, the WI-FI would cut out! I did take the opportunity to practice larger travelling movements and jumps in Beaches parks, especially the schoolyard of Balmy Beach Community School, my old school.”

Sinclair said he is looking forward to the performances of The Nutcracker this month.

“I’m looking forward to the experience of performing Misha. When I was younger, I watched the older kids dancing Misha and Marie and I always thought it would be such an amazing opportunity,” he said.

“You’re right there, dancing with the company principals and the corps de ballets. You’re a key part of the show! But most of all, you’re telling a story to the audience. For some of these people, it might be the first time they’ve seen The Nutcracker or the first ballet they’ve ever seen. It’s really special that I get to share that magical story with them.”

For information on tickets for the National Ballet of Canada’s production of The Nutcracker this month, please go to https://national.ballet.ca/Productions/The-Nutcracker