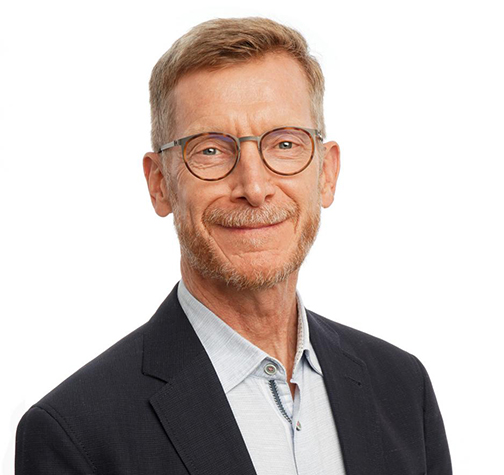 Klassen is the longest serving executive team member and Vice President in the hospital’s history. He steps into his new position at the hospital on an interim basis after Sarah Downey, who had been in the role for more than seven years, stepped down at the end of August. Downey is now the President and CEO at the Centre for Addiction and Mental Health (CAMH) in Toronto.

Having served at the hospital for more than 20 years, Klassen said he feels well prepared to lead the organization in the interim.

However, he is currently uncertain about the duration of his term.

“At this stage I would say that I am undecided whether or not I will throw my name into that hat,” said Klassen of the chance he might seek the job on a permanent basis.

“Right now I’m excited about the opportunity to be in this role and to lead this organization in the interim period.”

Klassen is also an Adjunct Professor at the University of Toronto, primarily involved with the Institute of Health Policy, Management and Evaluation.

The focus for the job of President and CEO is different from what he has become accustomed to over his years at MGH as it is more external than Klassen’s regular role as Vice President was.

In his new position, his focus has expanded to include the Board of Directors and more external relations between the hospital and organizations such as the Ontario Ministry of Health.

Since 2020 MGH and its partners have delivered more than 600,000 vaccines in Toronto’s east-end. The pandemic response also involved an outreach program which was spearheaded by Dr. Janine McCready who received an award for her efforts last month from the Toronto Catholic District School Board.

“I think we’ve made tremendous progress,” said Klassen of the work done in East Toronto during the pandemic. “Having an equity based, mobile, pop-up approach, and really working with our partners to deliver vaccines and treatment as close to home as possible has been very successful.”

Other features of the outreach program included easier access to COVID-19 treatments such as the Paxlovid pill and mental health counselling. During Klassen’s time as Interim President and CEO, the hospital, East Toronto Health Partners (ETHP) and other member organizations will work together to introduce additional services at these sites, he said. These services may include cancer screening, prenatal and obstetrical care and diabetes care.

“We are proud of the work we’ve done. I would say it’s ongoing work,” said Klassen of the work of the hospital and East Toronto Health Partners (ETHP) during the pandemic.

“We know that a number of the restrictions have been lifted and in the fall people will spend more time inside in closer quarters. So we are prepared for future waves if that happens.”

Klassen confirmed that since the outreach program began, there has been a higher vaccination rate in Toronto’s east-end.

“[The City of Toronto tracks] vaccination rates by postal code and we keep a close eye on that to make sure that if there are specific areas that have low vaccination rates, we remove as many barriers as possible,” he said.

This isn’t the first time Klassen has led such a response team during a health crisis. During the SARS outbreak in 2003, he was asked to lead the Command Centre at Scarborough Grace Hospital on Birchmount Road — which was ground zero for SARS in Toronto.

The work of MGH and its partners during these trying times has been impressive considering many Ontario hospitals have been struggling due to staff shortages as a result of cuts to funding. Klassen said he feels MGH is prepared for future COVID-19 waves and is confident in maintaining the hospital’s “exceptionally great partnerships with the government and elected officials”.

He highlighted MGH’s addition of the Ken & Marilyn Thomson Patient Care Centre at the south end of the hospital as a source of optimism. The project, which took 10 years of planning and four more for construction, will introduce additional private rooms, a chronic disease unit and new mental health facilities. It is expected to open early in 2023.

“We are now training all of our staff who will be working in the organization and also dealing with some of the construction deficiencies that are normal in such a project,” said Klassen.

He believes that additional funding would further improve the hospital’s ability to help its community, however, Klassen said he understands the current limits to funds that can be allocated.

“Certainly there are staff shortages right across the system so it’s not unique to our hospital,” he said. “We need to implement as many strategies as possible to support our staff and recruit.”

Between March 2020 and July 2022, MGH hired 1,200 new staff members in permanent and temporary positions. These include individuals in nursing, environmental services, pharmacy and professional practice, as well as individuals in various positions who supported MGH and ETHP’s COVID-19 immunization efforts in East Toronto.

It is currently unclear how long Klassen will hold the interim position. The process to find a permanent President and CEO for MGH is expected to take six months to a year “depending on circumstances and timing”.

“The board is identifying a recruiting firm that will help them to find a permanent CEO,” said Klassen

In the meantime, he is drawing motivation to perform in his new role from his mother who recently passed away.

“I just need to go outside of my office and I see the community we serve,” said Klassen. “That makes me reflect on my mother and how important the work that we do here is.”

He revealed that towards the end of her life, she often visited Michael Garron Hospital for various treatments. “I just think that she would be incredibly proud of me to be in this role and, for me, it grounds me in the work that I do,” said Klassen.