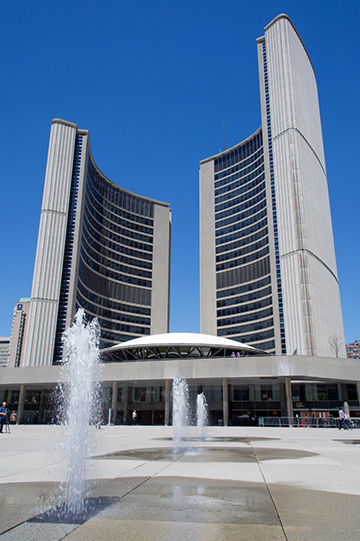 Disappointment and concern are my feelings as we head into this fall’s municipal election.

The number of candidates running for office is down across all of Toronto. That’s disappointing and a sign of both lack of interest and belief in the importance of our city government and school boards.

My concern is this erosion of local democracy is precisely what our provincial government wants when it comes to Toronto.

The recent meddling of Premier Doug Ford and his Progressive Conservative government in how Toronto is governed, who represents the residents, and how much power they have is an attack on our city aimed to diminish our influence on provincial affairs.

Since the middle of the 1990s there has been a deliberate attempt to weaken our city, the largest in the country and province, by the Ontario government. Both Progressive Conservative and Liberal governments in the province can take the blame.

Most responsible for this are former Progressive Conservative Premier Mike Harris in the late 1990s; former Liberal Premier Dalton McGuinty right after he was first elected in 2003; and Premier Ford since he came to power in 2018.

But let’s start at the start. Mike Harris and megacity amalgamation — designed to weaken the power of local councils and councillors in Toronto and Ottawa. Yes, it took place in some other parts of the province as well, but mostly it was an attack on large cities.

Then there’s Dalton McGuinty, who was elected on a wave of voter unhappiness and revulsion at what Mike Harris (and his successor Ernie Eves) had done. McGuinty had the chance to “untangle” the failed idea of megacity amalgamations but did not.

That was a terrible decision. It entrenched what had been an attack by the Progressive Conservatives on local democracy, and made it provincial government policy. That showed the true colours of McGuinty when it came to standing up for the rights of Toronto and other urban areas.

And then there was 2018 when the Ford government cut the number of council seats in Toronto from 44 to 25 shortly before the municipal election.

It was a move that made Toronto Council weaker. Nothing against our councillors, but they now serve city wards the size of their corresponding provincial and federal ridings. They are too big in size and population. There are so many varying needs and differing demographics that the wards can’t be served in a way that puts the needs of community residents first. A good municipal government works when the councillors are deeply connected to the residents that elected them.

So that was Premier Ford’s first shot at us four years ago.

This time, for the Oct. 24 municipal election, he comes up with the idea earlier this summer that Toronto and Ottawa (and maybe some other municipalities now) will have a Strong Mayor System. That’s a terrible idea. It puts the power into the hands of even less elected officials and makes any form of opposition irrelevant. Trying to justify this as a way to increase affordable housing is a con job.

To elect a “strong mayor” who gets the most votes among the 31 candidates running for the position with a voter turnout of only 40.9 per cent (which is what it was across Toronto in the 2018 municipal election) is not a “strong” mandate. It’s a recipe for disaster.

That being said, look to the pages of Beach Metro Community News this fall (and on our website at www.beachmetro.com) as we cover this municipal election.

The system is now stacked against Toronto voters, and some may say why bother casting a ballot. That’s exactly what those attacking our democracy want. A large voter turnout will show local democracy is not dead in Toronto.

Please vote this October and make a statement proving you care about our city’s future.