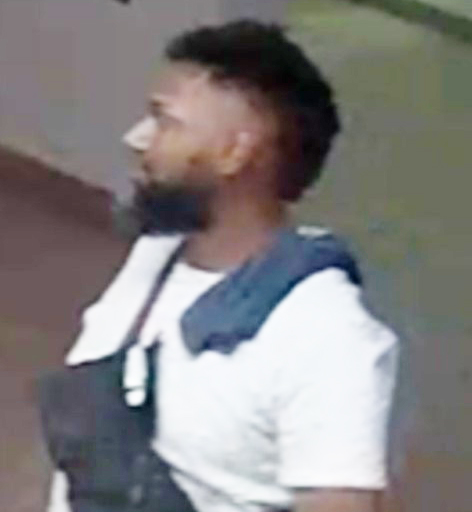 Police have issued a warrant on a second degree murder charge for Sathiskumar "Ryan" Rajaratnam, 34, He is wanted in connection with the stabbing death of Leon Tyrell, 38, (inset photo) at a southwest Scarborough apartment building on the morning of Saturday, Aug. 20.

Toronto police have identified a suspect wanted in the murder of a 38-year-old man in the lobby of a southwest Scarborough apartment building over the weekend.

Police were called to the building at 10 Glen Everest Rd., in the Birchmount and Kingston roads area, at 11:40 a.m. on Saturday, Aug. 20, for a reported stabbing.

Officers arrived and found a man suffering obvious trauma. He was rushed to hospital via emergency run, but succumbed to his injuries and was pronounced deceased in hospital.

Police have identified Leon Tyrell, 38, of Toronto, as the victim of this homicide. He is Toronto’s 43rd homicide victim of 2022.

On Sunday, Aug. 21, police announced that they are looking for Sathiskumar “Ryan” Rajaratnam, 34, of Toronto, on a charge of second degree murder in connection with Tyrell’s death.

Rajaratnam is described as six-feet, one-inch tall, weighing 180 pounds, with a thin build, dark hair shaved on the sides, and brown eyes. He has tattoos on his chest and shoulders.

Police said he is believed to be armed, violent, and dangerous, and should not be approached if located. Anyone who sees him is asked to call 9-1-1 immediately.

Homicide investigators would like to speak to anyone who may have information about Saturday’s stabbing.