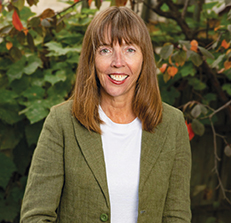 Mary-Margaret McMahon is the Liberal MPP for Beaches-East York.

Beaches-East York MPP Mary-Margaret McMahon has been named the Ontario Liberal Party’s critic of four different portfolios as the provincial government gets back to work at Queen’s Park this week.

McMahon will be the Liberals’ critic for Environment, Conservation and Parks; Tourism Culture and Sport; Seniors and Acessibility; and Public and Business Service Delivery.

That June 2 election saw the Liberals remain in third party status at Queen’s Park, winning a total of eight seats. The Ontario NDP are the Official Opposition with 31 seats, while the Progressive Conservatives of Premier Doug Ford were voted in to their second straight majority government with 83 seats.

“The Ontario Liberal Caucus is a strong team full of energy and experience,” said Fraser of his eight-MPP caucus.

“We will continue to fight for the things Ontarians count on, such as a strong publicly funded healthcare system, great schools, a clean and safe environment, support for the most vulnerable among us, and jobs and a strong economy.”

Fraser said on Monday that Ontario residents are concerned about more waves of COVID-19, a hospital care crisis, labour shortages across the healthcare system and uncertainty about back-to-school plans.

“So far Doug Ford and his Ministers have been missing in action, and we’ve heard nothing about their plans to make life better for people living in this province,” said Fraser.

Despite their small numbers at Queen’s Park, he said that “Ontario Liberals will do everything we can to hold the Ford government to account this session and ensure Ontarians receive the supports they need and deserve.”