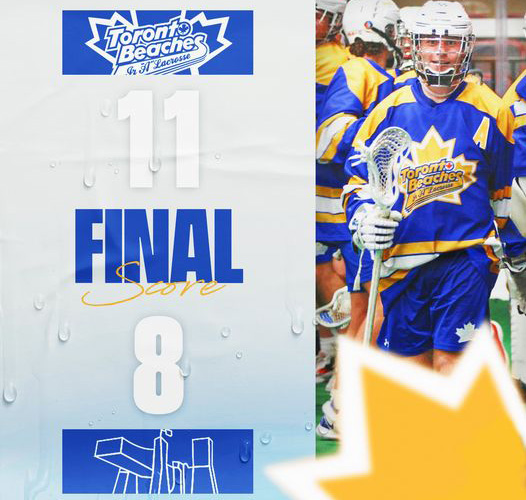 Toronto Beaches won Game Three of their playoff series against Peterborough on Monday, July 18, by a score of 11-8. Game Four in the best-of-five series goes tonight (July 19) in Peterborough.

Toronto Beaches has taken a 2-1 series lead in their best-of-five Junior A lacrosse playoff series with the Peterborough Lakers.

Toronto Beaches won Game Three on Monday, July 18, night in Peterborough by a score of 11-8.

Through the first three games of the series, it has been a win-one, lose-one affair.

If Toronto Beaches win tonight’s game in Peterborough they will take the series.

If a fifth and deciding game is necessary in the series, it will take place at Ted Reeve Arena on Wednesday, July 20.

For updates on how the series is going, please visit us online at www.beachmetro.com or go to the Toronto Beaches Facebook page at https://www.facebook.com/BeachesJrA/