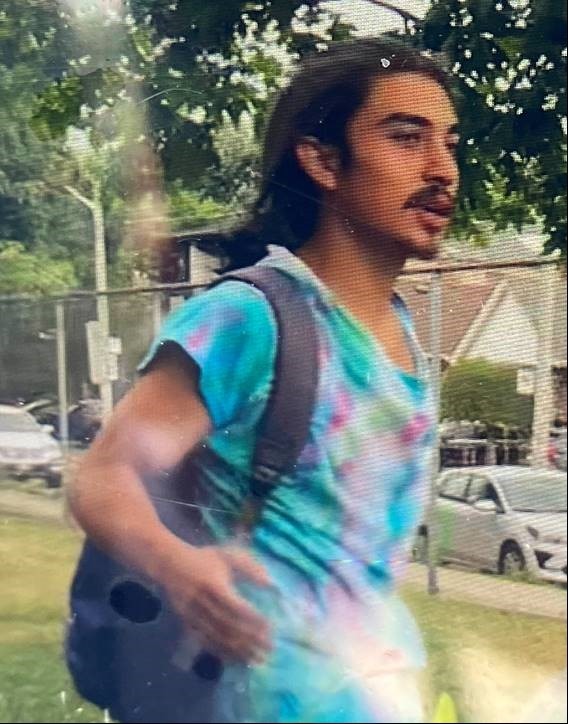 Toronto police are seeking to identify this man (above photo) and this woman (inset photo) in connection with an investigation into the alleged assault of a school custodian last week in East York.

Toronto police are looking for a man and a woman after a school custodian was allegedly assaulted in East York last week.

According to police, officers were called to a scholl in the Pape and Torrens avenues area on Monday, June 27, for a reported assault.

Police said a man and woman were walking a large dog off-leash on school property when the school’s custodian asked them to leash the dog as their were children in the school yard. A verbal altercation took place and then the man and the woman allegedly assaaulted the custodian, police said.

The man and woman were last seen fleeing eastbound on Torrens Avenue with their dog. The man is described as age 20 to 25, five-feet, seven-inches tall, weighing approximately 150 pounds, with long straight brown hair, and a moustache and a beard. He was wearing a blue tye-dye t-shirt, black pants, black running shoes with white trimmed soles, and he was carrying a knapsack.

The woman is described as age 18 to 22, five-feet, five-inches tall, approximately 130 pounds, with a thin build, long blonde/brown hair, and tattoos on her neck. She was wearing an orange t-shirt and grey leggings.