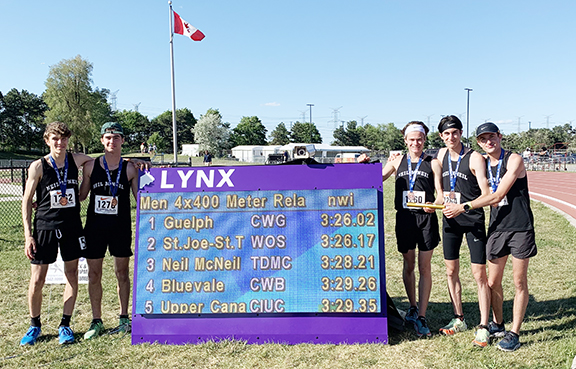 The Senior boys won a bronze medal in the 4×100-metre relay, and Neil McNeil finished fourth overall at the meet.

A total of 20 athletes from Neil McNeil had qualified for the OFSAA championships on June 2, 3 and 4.

Other strong performances at OFSAA by Neil McNeil athletes included:

For the Neil McNeil track and field, and cross country teams, 2021-2022 was an extremely successful season.