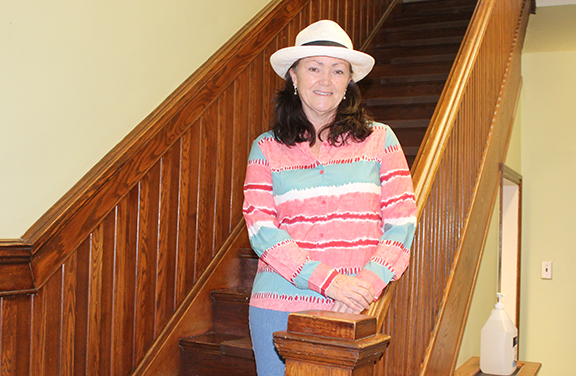 Looking forward to her upcoming retirement, Evonne Hossack will be working her last day as program director at Community Centre 55 on Thursday, June 30.

She leaves after 21 years and is proud of the legacy she has helped contribute to at the community centre on Main Street.

Hossack is especially proud of the way in which the seniors’ programs at Community Centre 55 have grown over the past two decades.

“When I started there were no seniors’ programs, and now we have them five days a week,” she said.

“We have 500 members who are seniors and more joining every day. We offer a whole variety of programs and activities including the popular bus trips.” Hossack was first hired at Community Centre 55 as a summer camp co-ordinator for kids programs in 2000. The next year she began working full time at the centre as program director.

Prior to joining the Community Centre 55 team, Hossack had been working at southwest Scarborough’s Variety Village as an adaptive phys-ed instructor.

Community Centre 55’s executive director at the time, Bob Murdoch, was a member of Variety Village which was how Hossack first heard about the opening for a summer camp co-ordinator.

“The next summer, Bob hired me on as the program director,” she said.

Along with seeing the programs and services to seniors offered by Community Centre 55 grow and adapt over the past more than 20 years, Hossack said she is also proud of her involvement with the Share A Christmas program run by the centre.

Taking place for the last 40 years, Share a Christmas supports families in need in East Toronto during the holiday season. The need for the program has increased during the last two years of the COVID-19 pandemic and now serves close to 1,000 families.

In 2016, Hossack recognized that it was not just young families with children that required help from Share a Christmas so she started an Adopt A Senior aspect to the program that has seen growing support from the community.

Hossack said now is the right time for her to retire as her family is now living in the Kincardine area by Lake Huron.

“It’s a good time for me to go… My husband works the Bruce (nuclear plant) and I like my husband and would like to see him,” she said.

Hossack presently divides her time between an apartment in the Beach during the week and her family home in Kincardine on weekends.

She said, though, that they are keeping the apartment and will be coming back to the Beach quite often once she retires.

Hossack said she is looking forward to actually having a summer off once her retirement begins in July.  “I have not had a summer vacation since high school,” she said as she always worked programs and jobs that took place during the summer.

So for this summer, she and her husband are planning trips to Cape Breton, Montreal, and maybe Las Vegas.

“We’ll also be doing a lot of canoeing, kayaking and paddleboarding” near their Lake Huron home, said Hossack.

She said she will miss the many great people she has worked with over the years at Community Centre 55, and also the community members which have made the centre such an important place.