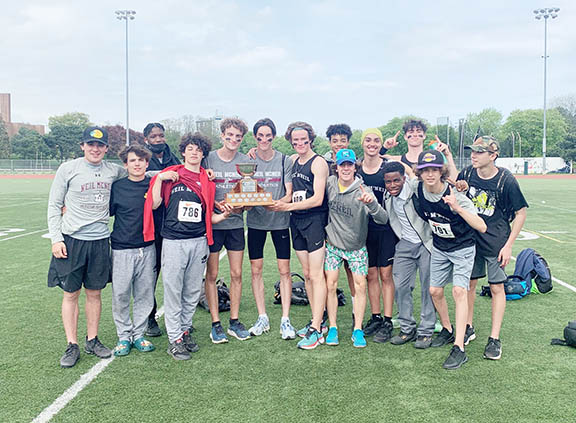 Earlier, Neil McNeil had won the overall title at the Toronto District Catholic (Colleges) Athletic Association (TDCAA) track and field meet held May 16 and 17 at Centennial Stadium in Etobicoke.

At the Metro championships on May 25 and 26, Neil McNeil won its first overall team title at that meet in the school’s history.

Neil McNeil’s Junior and Senior boys team took top spots in their divisions, and the Novice team was second, to lead the school to the overall championship.

The Metro meet was also a qualifier for the upcoming Ontario Federation of School Athletic Associations (OFSAA) championships set for June 2, 3 and 4 at York University.

Neil McNeil qualified 20 of its track and field athletes to take part in the OFSAA meet which begins on Thursday.