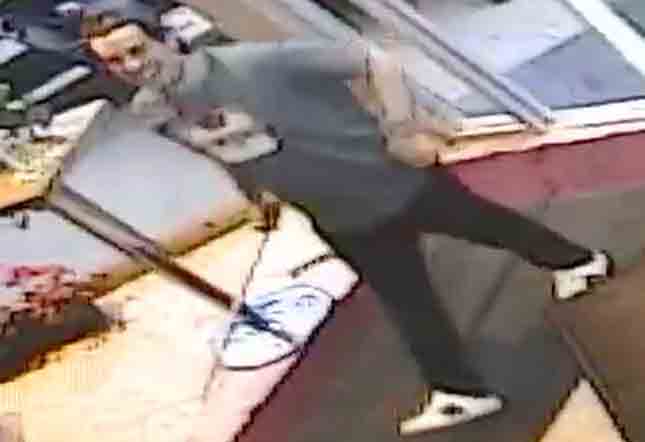 Police are asking for the public's help identifying this man in connection with an investigation into an alleged sexual assault in the Danforth and Carlaw avenues area on Thursday, May 5.

Toronto police are asking for the public’s help in identifying a man wanted in connection with an alleged sexual assault that took place in the Danforth and Carlaw avenues area earlier this month.

Police were called to the area on Thursday, May 5, for a reported sexual assault.

According to police, a woman was walking on the sidewalk near Danforth and Carlaw when a man came up to her from behind and allegedly sexually assaulted her. The man then ran back to a nearby bar and then fled the area, police alleged.

The man is described as being in his 30s, wearing a blue t-shirt, black pants, white shoes, black baseball cap backwards, and a pool cue stick in hand.

Security images of the man has been released by police and can be seen at https://www.tps.ca/media-centre/news-releases/53039