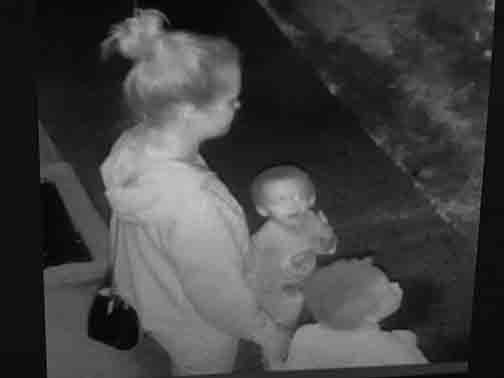 Police are asking for the public's help finding missing woman is Andrea Tulk, 36, and her children Mathew, 3, and Mason Cunningham, 5. They were last seen Friday, May 27, in the Main Street and Danforth Avenue area. Inset photo: Andrea Tulk.

Toronto police are requesting the public’s assistance locating a missing woman and her children, who last seen Friday in Main Street and Danforth Avenue area.

According to a police news release issued just after 8:30 a.m. on Saturday, May 28, the missing woman was last seen with her two children ages 3 and 5.

The missing woman is Andrea Tulk, 36, and her children are Mathew, 3, and Mason Cunningham, 5.

Andrea is described as five-feet, six-inches tall, 135 pounds, with blond hair in a ponytail. She was wearing white pants, no shoes, a black purse with gold straps, and a hooded light coloured jacket.

Mathew is described as two-feet tall, with short curly hair. He was wearing a light coloured t-shirt with a picture on the front.

Police are concerned for their safety.

UPDATE: Police reported on the afternoon of Saturday, May 28, that the family had been located. Police thanked the public for their help.