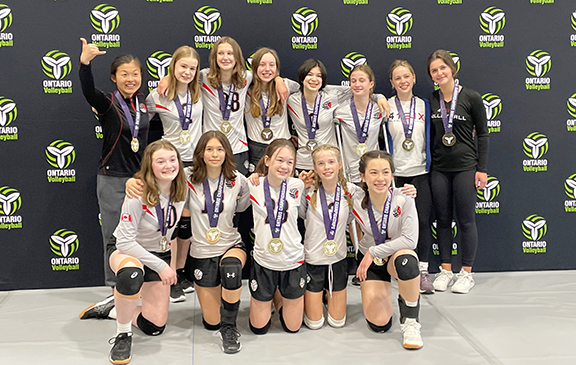 The 41SIX Volleyball Club, based out of the Beach, recently won a pair of Ontario championships.

The non-profit 41SIX club launched locally in 2019 under the direction of owner Neil Bolton. Most of the club’s players are Beach based with participants practicing in local schools such as Malvern Collegiate, Neil McNeil Catholic High School, Duke of Connaught Public School and St. Patrick Catholic High School. Though COVID-19 has taken a toll on many youth sports programs, especially those that take place indoors, the 41SIX club was able to get in a partial season this year with eight teams, more than 90 players and 20 coaches. All of the teams took part in the Ontario championships.

Other highlights from this season included the introduction of a Grade 12 Coaching Mentorship Program for local students who wanted to be involved and gain some additional volleyball experiences. Participants in the mentorship program were from Malvern and Riverdale collegiates, and Neil McNeil.

The 41SIX club works in conjunction with Triple Crown Volleyball, which has provided grassroots volleyball clinics out of Neil McNeil for the past 10 years under the leadership of Dave Egan. There will be beach volleyball after-school clinics offered on Tuesdays and Thursdays in May and June at the Ashbridges Bay courts.

For more information on the 41SIX Volleyball Club, please go to https://www.41sixvolleyball.com/