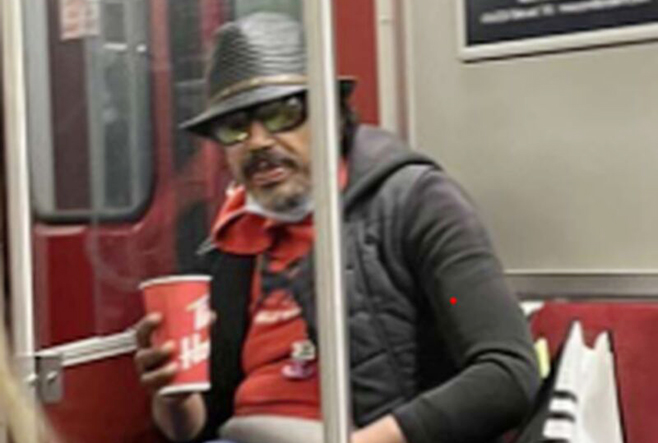 Toronto police are looking to identify this man in connection with an investigation into an alleged sexual assault on a westbound subway train at Coxwell Station on the evening of Friday, April 29.

Toronto police are asking for the public’s help identifying a man wanted in connection with an alleged sexual assault on a TTC subway train last week.

According to police, a woman was reportedly sexually assaulted on Friday, April 29, at 6;35 p.m. while on a westbound train at Coxwell Subway Station.

Police have released a photo of a man being sought in connection with the incident.

He is described as 45 to 55 years old, heavy build, with a grey and black beard. He was wearing a red shirt, black jacket, blue jeans, worn out brown grey shoes, black fedora hat, black sunglasses with reflective lenses, and a grey under shirt. He had a black and white Lululemon shopping bag.