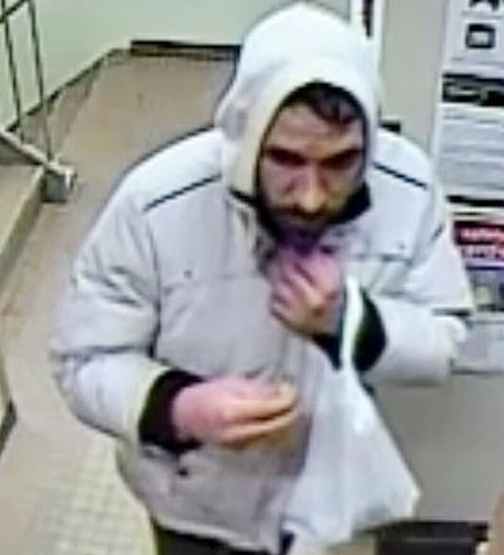 Police are looking to identify this man in connection with an alleged sexual assault and robbery that took place in the Greenwood and Danforth avenues area on the night of Tuesday, April 19.

Toronto police are asking for the public’s help in identifying a man wanted in connection with an alleged sexual assault and robbery earlier this month.

According to police, a woman met a man in the area of Danforth and Greenwood avenues on Tuesday, April 19 between 10 and 11 p.m.

Police said the man returned with the woman to her apartment. Once there, police alleged the man demanded sex and money from the woman or he would spray her with mace.

Police said the man identified himself as ‘John’.

He is described as white, approximately 40 to 45 years old, five-feet, six-inches to five-feet, eight-inches tall, with a skinny build. He has dark hair, full beard, wearing a white or gray jacket with a black stripe on the shoulders, patch on the left upper arm of the jacket, dark pants and brown boots.