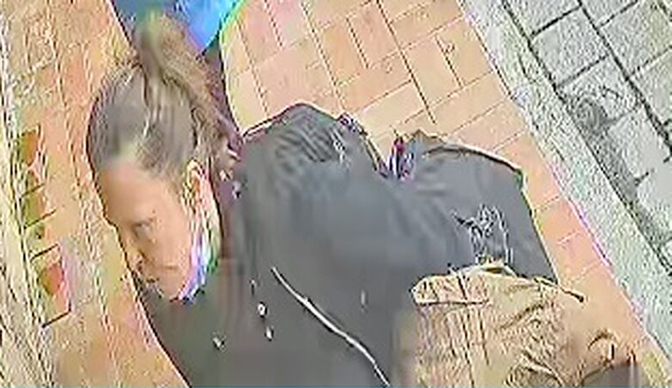 Police are looking for the public's help identifying this woman in connection with alleged incidents in which people were being threatened with a hammer.

Police in 55 Division are asking for the public’s help identifying a woman who was allegedly threatening people with a hammer late yesterday afternoon.

At approximately 5:15 p.m. on Thursday, March 17, police were called to the area of Eastern and Woodward avenues for reports of an alleged assault.

According to police, a woman approached a group of other women and allegedly threatened them a hammer. The woman then fled on foot and was seen heading west on Queen Street East where she allegedly continued to threaten drivers and pedestrians in the area of Leslie Street. No one was reported injured in the incidents.

The woman is described as between 35 to 40 years old, with light brown hair in a ponytail. She is wearing a black jacket, black jogging pants, black sneakers with white soles, and carrying a beige winter jacket and a black backpack.