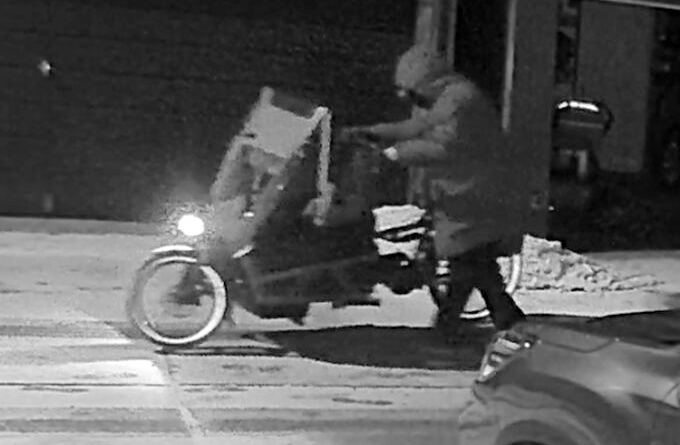 Toronto police are reaching out to the public to help identify a suspect in the alleged theft of two electric bikes in the Danforth Avenue and Dewhurst Boulevard area earlier this month. Inset photo shows what one of the bikes looks like.

Toronto police are reaching out to the public to help identify a suspect in the alleged theft of two electric bikes in the East Toronto area earlier this month.

Police began their investigation into the alleged thefts on March 3 after a man forced his way into the garage of a home in the Danforth Avenue and Dewhurst Boulevard (between Pape and Donlands avenues) area. According to police, two electric bicycles with a total value of $25,000 were stolen.

Police have released a photo of one of the bikes and security camera footage of a suspect.

The suspect is believed to be male, about five-foot-seven to five-foot-eight inches tall, with a medium build, police said.

The suspect was wearing a dark: winter jacket, and baseball hat, The right sleeve of the jacket has a logo.