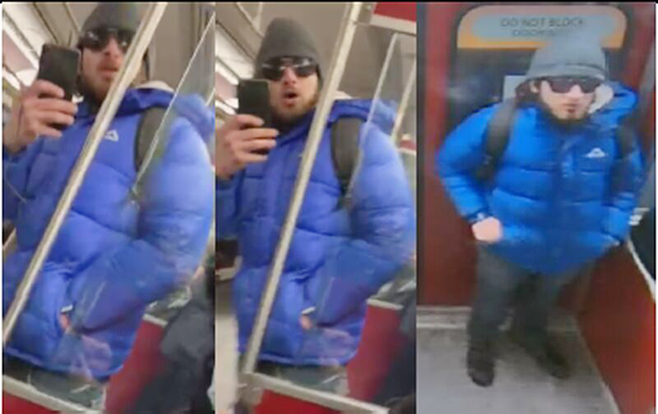 Police are looking to identify this man in connection with an investigation into an alleged spitting incident on a subway train between Broadview and Spadina stations on Feb. 25.

Police are looking for a man who allegedly spit on a woman while riding a subway train between Broadview and Spadina stations.

Police said the man allegedly spit on the woman twice in what was “an unprovoked attack.”

The incident is being investigated as an assault, police said in a news release on March 4.

Security camera images of the man being sought have been released by police. He is described as 25 to 35 years old, five-feet, eight-inches tall, with a medium build and unshaven. He