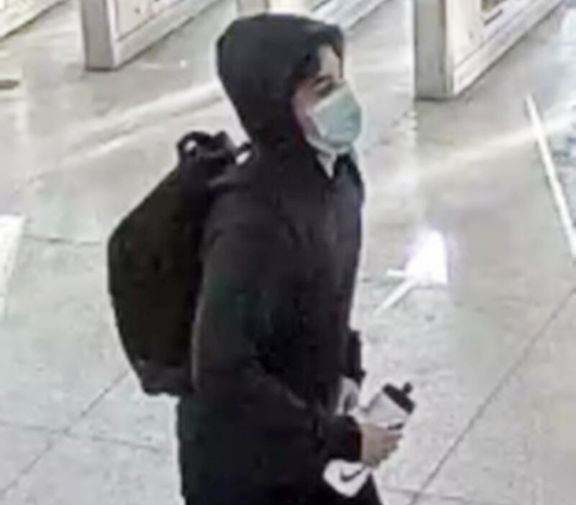 Police are seeking to identify this man in connection with an investigation into an alleged assault of a TTC conductor on the platform of Main Street Subway Station on the morning of Feb. 17.

Toronto police are seeking help identifying a suspect in connection with an alleged assault on a TTC employee on the platform of Main Street Subway Station last month.

According to police, officers were called to the station at 11:34 a.m. on Thursday, Feb. 17 for reports of an assault.

Police allege that a man threw an unknown liquid in the face of a TTC conductor without any provocation. The conductor was not injured in the incident.

Police said the man was last seen walking on the east bound platform of the station.

The man is described as 18 years old, five-feet, seven-inches tall, with a slim build. He was wearing a black/navy hoodie, black pants, black shoes, blue facemask, carrying a black “Nike” backpack and a white Nike water bottle in his hand.