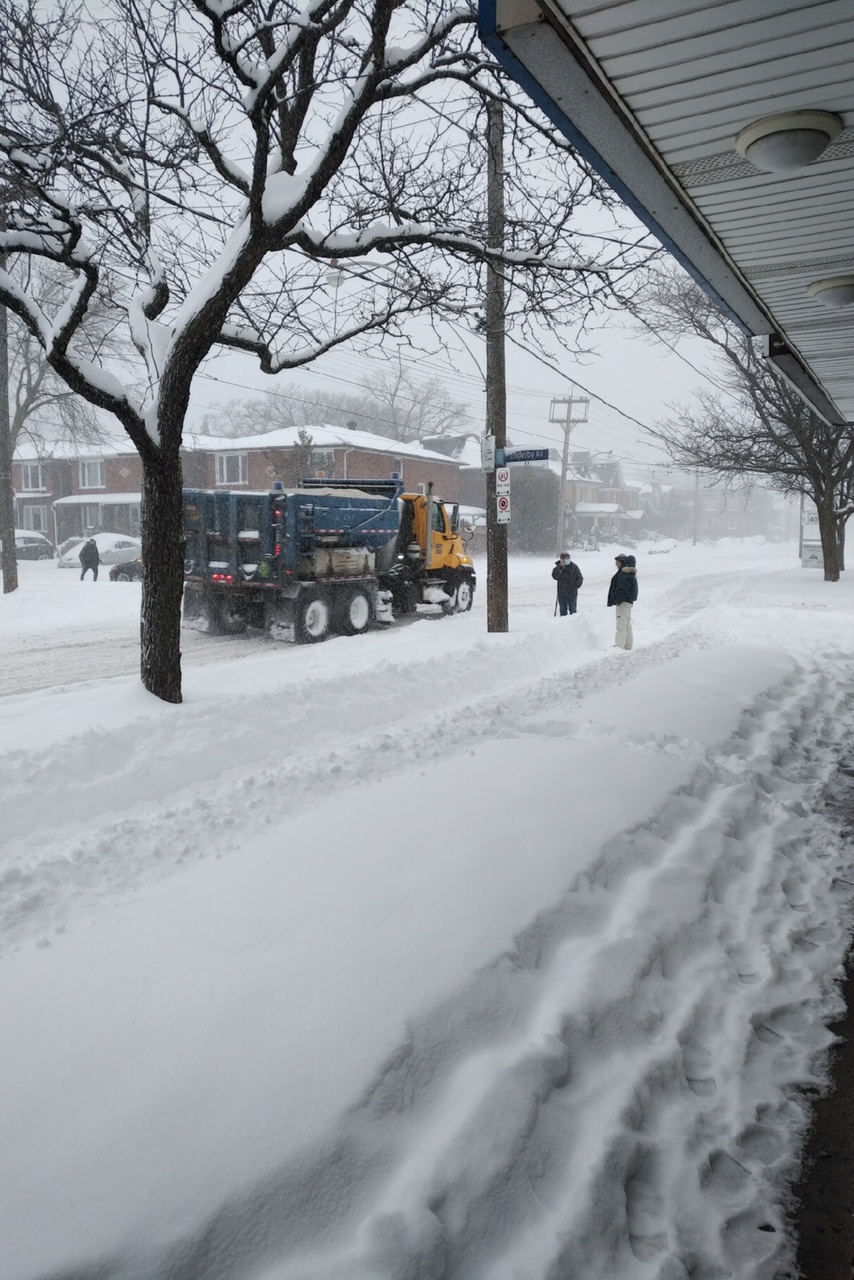 Toronto residents are urged to use extreme caution today as Environment Canada issued a blizzard warning for the city earlier this morning.

All of Southern Ontario, including the Greater Toronto Area, has been hit by a huge snowstorm on Monday, Jan. 17, expected to dump approximately 40 centimetres of snow on Toronto alone by the time it stops later today.

At one point this morning, snow was reportedly falling at between four to seven centimetres per hour and that was also combined with high winds to bring about the “blizzard” conditions.

Roads all across the city are extremely difficult to travel on, and those living in hilly areas such as the Beach are advised not to try to drive today.

Snow is expected to continue throughout the day before starting to let up a bit by late afternoon.