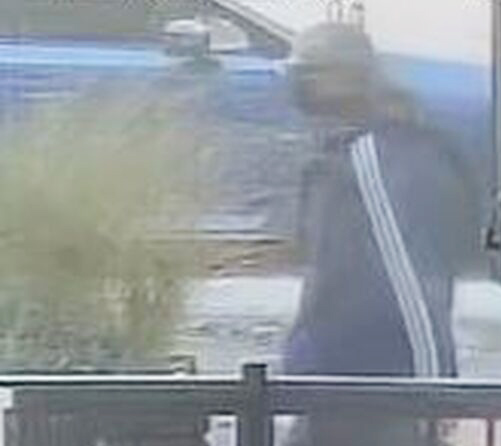 Police are seeking information on this man after a woman was struck on the head and injured during a purse snatching on Bowden Street, near Danforth Avenue, on the afternoon of Nov. 16.

Toronto police are seeking the public’s help in identifying a suspect wanted in a robbery in the Danforth and Broadview avenues are in which a woman was struck from behind and suffered head injuries.

According to police a woman was walking near Danforth Avenue and Bowden Street, east of Broadview Avenue, when a man started following her at approximately 12:50 p.m. on Tuesday, Nov. 16. The man approached the woman from behind and struck her on the back of the head with an unknown object, police said.

The man then forcefully took the woman’s purse, police said.

The woman suffered head injuries and required medical treatment as a result of the attack and robbery, police said.

The man was last seen heading north on Bowden Street towards Danforth Avenue.

The suspect is described as five-feet, nine-inches tall, in his 50s, with grey hair. He was wearing a dark blue jacket with white-coloured stripes down both sleeves.

Police have have also released two security camera videos of the suspect. Those videos can be viewed at  here  and here