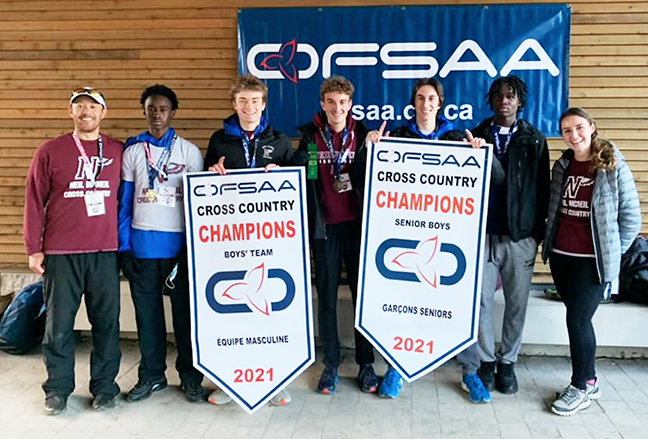 Also, Neil’s Senior boys’ team won the championship at the OFSAA meet held on Nov. 6 at Lakefield College near Peterborough. In the Novice boys’ race, 22 teams and 185 runners participated. Neil finished sixth in the team title competition. Top Neil runners in the race were Xavier Gordon with a Top Ten finish with a placing of seventh; followed by Ellery Alexander (72nd); Harrison Clarke (96th); and Marshall Devlin (129th).

The icing on the cake for the Neil McNeil team at the OFSAA cross country championships was seeing one of their coaches, Ashley Masterson, recognized by her coaching peers with OFSAA Leadership in Sports Award.