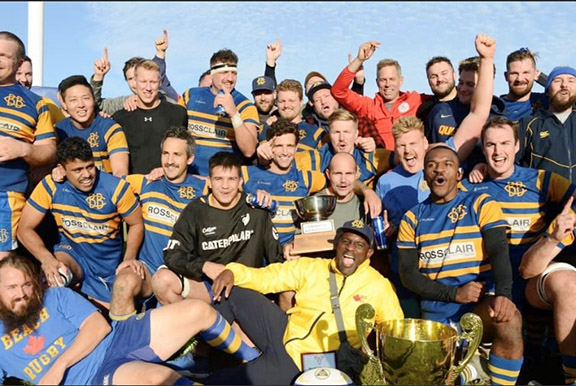 Both teams were their respective regional conference champions and undefeated in the regular season.

The final score in the championship game was 59-24 for Balmy Beach.

Due to COVID-19, the 2021 rugby season was an abbreviated one for participating clubs.

“Typically, a season is 10 to 12 games plus playoffs. However this season was just five games, plus a championship game,” said Balmy Beach Head Coach, Iain McLeish.

“We had a great season and next year we have more than 110 men registered and almost 30 women.”

After a short break, the Balmy Beach Club rugby teams will start offseason training to gear up for a full 2022 season.