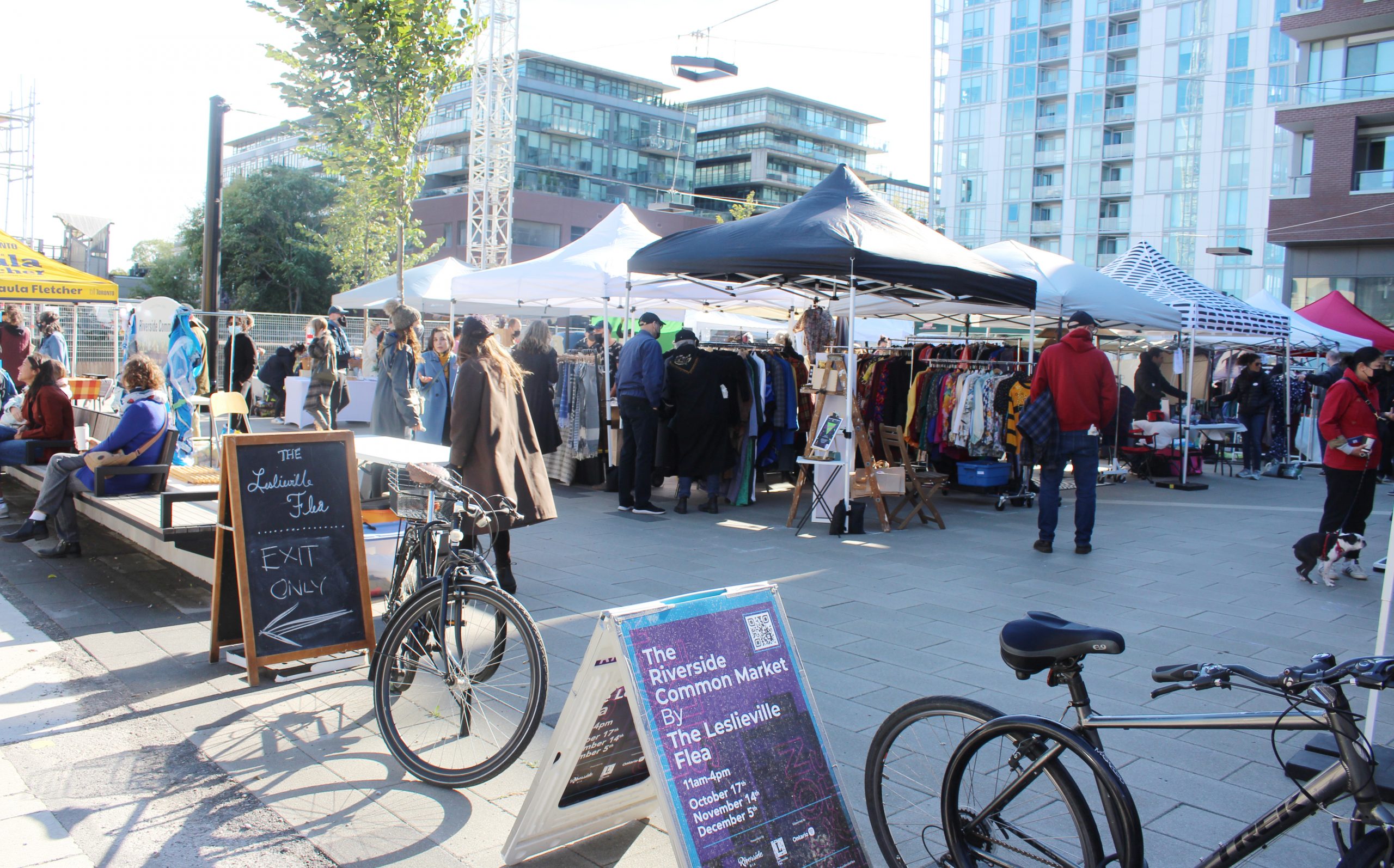 As you can see by the photo accompanying this column, I was out on the weekend for the official opening of Riverside Common in the Queen Street East and Broadview Avenue area.

It’s a small square on Queen Street East with what are generally referred to as the Baseball Place condominiums to the south. There’s also a big hole in the ground just to the east which will eventually be an affordable housing building, and we certainly need more of those in this city.

Toronto-Danforth Councillor Paula Fletcher shared a bit of the Riverside Common’s history and made note that it pays homage to the former Sunlight Park baseball diamond which used to be located nearby.

The space is a nice nod to Toronto’s history while also providing a gathering point for the community that seems to make sense.

It’s an urban space with no natural area, but one that will be much-needed in the still growing Riverside community and will be used for a wide variety of purposes.

On Sunday, Oct. 17, the Leslieville Flea was taking place and despite the winds there was a lineup to get in. (Numbers being limited of course to COVID-19 gathering rules.) Future Leslieville Flea market events are slated for Sunday, Nov. 14, and Sunday, Dec. 5, at Riverside Common.

At the opening, Fletcher commented that “big and great cities need great public spaces and lots of them.”

What I especially like about Riverside Common is that it fronts onto Queen Street East, making it a public space truly open to all of the community, not just those who live in the buildings surrounding it. The location also makes Riverside Common part of the neighbourhood and streetscape, giving it a sense of openness, safety and liveliness.

Whether a public space has an urban or a natural design, is just recently built as part of an ongoing development or has been around for more than a century, these are what make a city like ours liveable and help build a strong sense of community. These are the places where residents and visitors can gather together for recreation, celebration and more.

The Give Back with Penny Oleksiak event on the entrance to Kew Gardens on Queen Street East last week was a perfect example of how these spaces build community.

Kew Gardens has been a park since the late 1800s and obviously serves as a critically important space for all who live in or visit the Beach..

It was how the plaza at the park’s entrance was used to celebrate Oleksiak’s seven Olympic medals that got me thinking about how important such spaces on main streets are. Often called the Kew Gardens plaza, the space includes benches, plantings and also the Beach Cenotaph.

There was a huge crowd out on Thursday, Oct. 14, afternoon to congratulate Oleksiak on becoming Canada’s most awarded Olympian. You can read more about the event in our story at https://beachmetro.com/2021/10/15/beach-celebrates-olympic-medals-with-penny-oleksiak-at-food-donation-drive/

What I’d like to note is how well the event, which was a donation drive for the Daily Bread Food Bank, went.

Oleksiak is not an athlete who craves the limelight and wants everything to be about her.

She was the one who wanted Thursday’s event to be a way to help the food bank, and she made a very brief speech before sitting down to sign hundreds of autographs, talk with fans and pose for photos for almost two hours.

She is a Beacher we can all be proud of and celebrate.