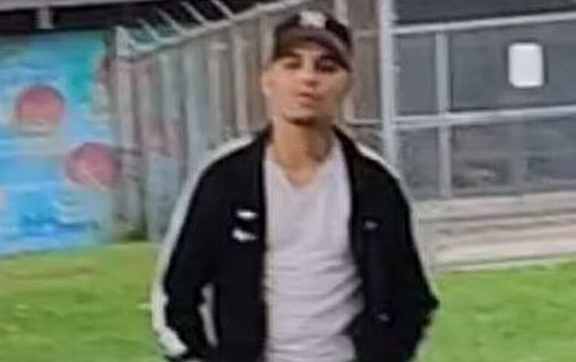 Police are looking for information on this man in connection with an investigation into an alleged indecent act that took place in an East York park earlier this week.

Toronto police have released an image of a man they are looking for in connection with an investigation into an alleged indecent act in East York.

Police were called to the Taylor Creek Park area on Wednesday, Oct. 13, at approximately 10:18 a.m. for a report of alleged indecent exposure.

According to police a man followed a woman through Taylor Creek Park from the Coxwell Boulevard area, and engaged her in conversation. When they got to Stan Wadlow Park in the Cosburn and Cedarvale avenues area he allegedly exposed and touched himself, police said.

The man was last seen in the Cedarvale and Holborne avenues area.

He is described as five-feet, eight-inches tall, approximately 20 to 30 years old, clean shaven, with a trimmed goatee, and a tattoo on his neck. He was wearing a black baseball cap, black zip up sweater with a white stripe down the sleeve, and black shorts.