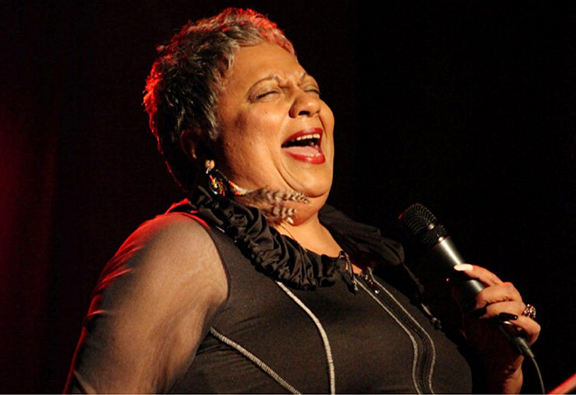 Jackie Richardson will be among the performers at the Jazz and Reflection concert set for Beach United Church on the afternoon of Saturday, Oct. 2.

Beach United Church begins its 2021-2022 season of Jazz and Reflection with a concert slated for Saturday, Oct. 2 at 4 p.m.

The concert will be performed live in front of a limited audience due to COVID-19 safety rules, but will also be available to be viewed online during October.

All three musicians have had illustrious careers and collaborated with many great artists. They have been nominated for, and won, numerous awards.

Those planning to attend the live concert in person need to know the audience will be limited to 25 people. Tickets will be available on a first-come, first-served basis. Those wishing to attend must have proof of vaccination, and will also have to follow all other COVID-19 safety rules.

The tickets to attend in person are priced at $50 and can be ordered at www.eventbrite.ca/e/jazz-and-reflection-alone-together-limited-seating-for-double-vaccinated-tickets-172111870237

The live stream will be recorded and made available for viewing through Facebook for one month.

As a studio bassist, he played on the 2018 platinum selling video game soundtrack Cuphead. In 2016, he began leading his own ensembles and released his jazz duo recording titled Look Ahead with Robi Botos.

Sealy has enjoyed a highly successful career as a musician, composer, recording artist and radio broadcaster. His 1997 Juno Award winning Africville Suite inspired Ron Foley MacDonald of The Halifax Daily News to write; “This may be the most important jazz album released in Canada this year”.

Sealy has presented “he Africville Suite in concert venues and at music festivals across Canada as well as Denmark, Norway and the United States. As a pianist, he has toured with Blood Sweat and Tears and performed with such artists as Joe Williams, Milt Jackson, Veronica Tennant, and Timothy Findlay.

As well, Sealy and his longtime music partner Novotny have created a unique sounding jazz duo. Together they have released four CD’s, achieved two Juno nominations.

Richardson is one of Canada’s foremost singers of gospel, blues and jazz, who has performed across the country and internationally.

She is also an award-winning actor who received a Gemini Award for her performance in The Gospel According to the Blues.

Richardson began her career at the age of seven singing in her church choir. At the age of 17, she led her first group. Since then she has acted in film, theatre and television and toured across Canada and the world performing with renowned artists such as Ray Charles, Anne Murray, Dr. John and Celine Dion to name a few.

Donations to this Jazz and Reflection event will support the artists and volunteer-run food programs in the East Toronto community.

Some of the programs being helped by Beach United Church are located in Teesdale Place, Moss Park, Scadding Court and Trinity Bellwoods.

Also, throughout the pandemic, the church has continued to help host a weekly Interfaith Lunch Program for folks in need of a regular hot meal.