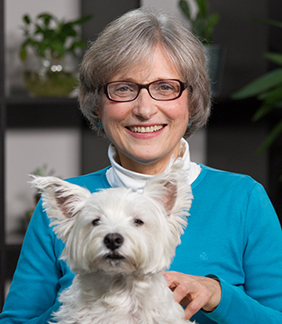 Liz White is the candidate (and party leader) for the Animal Protection Party of Canada in the riding of Toronto-Danforth for this month's federal election.

(EDITOR’S NOTE:  Candidates were instructed to keep their answers to approximately 150 words, and some of the responses have been edited to keep them as close as possible to the agreed word count. Beach Metro News sent these questions to all eight candidates running in Toronto-Danforth. Only independent candidate Habiba Desai; Maryem Tollar of the Green Party; and Liz White of the Animal Protection Party responded.)

My name is Liz White.  I am the Leader of the Animal Protection Party of Canada.  I decided to run in this election because of the climate emergency we face.

The Animal Protection Party of Canada (APPC) shares the urgency expressed in the United Nation’s Intergovernmental Panel on Climate Change (IPCC) most recent report on the imminent and apparent threat of global warming, and the catastrophic impact it will have on all of our lives.  Despite these predictions, the main parties have failed to address the issue in any comprehensive way as though we have lots of time to drastically change how live on the planet. The Animal Protection Party has made this our key election message through national and local radio and television ads.

The Animal Protection Party will work to implement the legally enshrined rights of Indigenous Peoples for self-determination that already exist, and that have been ignored or circumvented by government after government in Canada.

A fundamental aspect of this would be an Indigenous-led decision as to what to do with the Indian Act and how to re-imagine a Canada without such discriminatory legislation.  This will lead to the assertion of Indigenous Peoples’ inherent right of self-governance, as each nation defines it.  As privileged partners in this transition, we will provide legislative support and funding necessary to ensure Indigenous communities have the resources necessary to realize self-determination and define their identities on their own terms.  To see the entire platform on our proposed New Indigenous Partnership go to www.animalprotectionparty.ca/new-indigenous-partnership/

It is hard to believe that in a rich country like Canada we need to protect our vulnerable elderly people from being subjected to inhumane and deplorable conditions.

Even now, with the extreme heat events across Canada, we do not require proper cooling in resident rooms.  In many situations, residents have to go to congregant cooling rooms.  Our party would use the Canada Health Act and Canada Health Transfer to set national standards for such facilities and that these have to be met to acquire the transfer of health dollars.

In the broader sense, I will be able to talk about the global heating emergency we face.  At the local level, I think I can help contribute to the fight to Save Jimmie Simpson Park and to get the Ontario transit line buried for its entire length so that communities around the park and adjacent to the proposed line will be as minimally impacted as possible by the project.