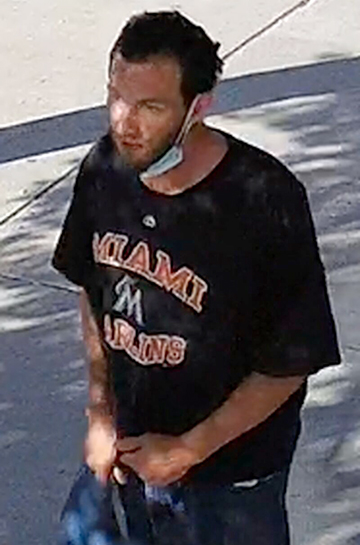 Police are asking for the public's help identifying this man in connection with the investigation of an alleged assault on the morning of Sept. 3 in the Danforth Avenue and Dawes Road area.

Toronto police are seeking the public’s assistance identifying a suspect wanted in connection with an assault investigation near Danforth Avenue and Dawes Road.

Police were called to the area on Friday, Sept. 3, at 9 a.m. for reports of an assault.

According to police, a man was wielding a knife while walking on a sidewalk in the area. The man attempted to strike another man with the knife, police alleged.

While still holding the knife the man then allegedly punched another man, police said.

The suspect is described as having a medium build with dark hair and a short beard. He was wearing a black Miami Marlins t-shirt, long blue jean shorts and red and white running shoes.

An image of the man has been released by police.