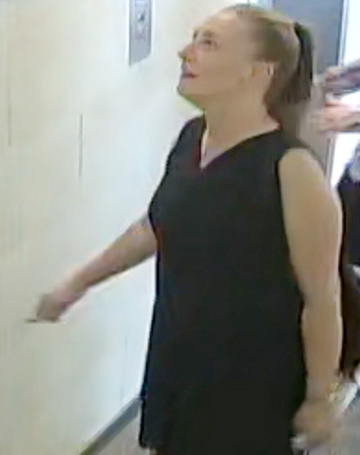 Arja Duffy, 41, is wanted on a charge of manslaughter in connection with the death of a man in the Woodbine and Danforth avenues area on Aug. 6.

A 41-year-old woman wanted in connection with the death of a man in the Woodbine and Danforth avenues area early last month is still being sought by Toronto police.

Arja Duffy, 41, is wanted on a charge of manslaughter. She should be considered violent and dangerous, and not be approached, police said. Anyone who sees her is advised to call 9-1-1 immediately.

On Saturday, Sept. 4, Tyler George, 28, surrendered to police and has been charged with manslaughter in connection with the Aug. 6 incident that took the life of 77-year-old John Manion.

As a result of the assault, Manion was taken to hospital in critical condition, where he remained until his death on Aug. 29.