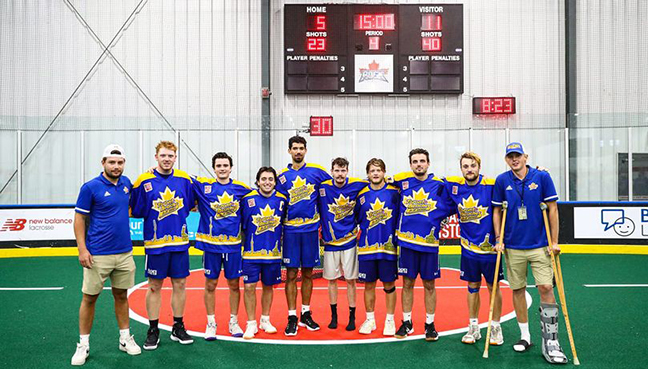 The Beaches team finished third in the East Division after playing four regular games this past weekend, another four the weekend of July 24 and 25, as part of the OJLL’s condensed season that took place in Oakville.

The top two teams from the 11-team league’s East and West divisions qualified for the playoffs which take place on Aug. 7.

The Beaches finished with a record of four wins and four losses over the eight games they played in the regular season.

Going into last weekend’s action, the Beaches had a record of two wins and two losses.

In their first game on July 31, the Beaches beat the Mimico Mountaineers 9-6. Later in the day, the Beaches fell 7-4 to the Orangeville Northmen. In play on Aug. 1, the Beaches opened the day with a 7-6 loss to the Whitby Warriors and then beat the Peterborough Lakers 11-5.

Qualifying for the playoffs from the East Division were the Whitby Warriors and Mimico Mountaineers.

On Aug. 7, Whitby will play the Brampton Excelsiors in the first OJLL semifinal. That game will be followed by a matchup between the Mountaineers and the St. Catharines Athletics.

The winners of those two semifinals will play in the championship game at 9 p.m. on Aug. 7.

For more info on the OJLL playoff schedule, please go to https://www.ontariojuniorlacrosse.com/2021schedule