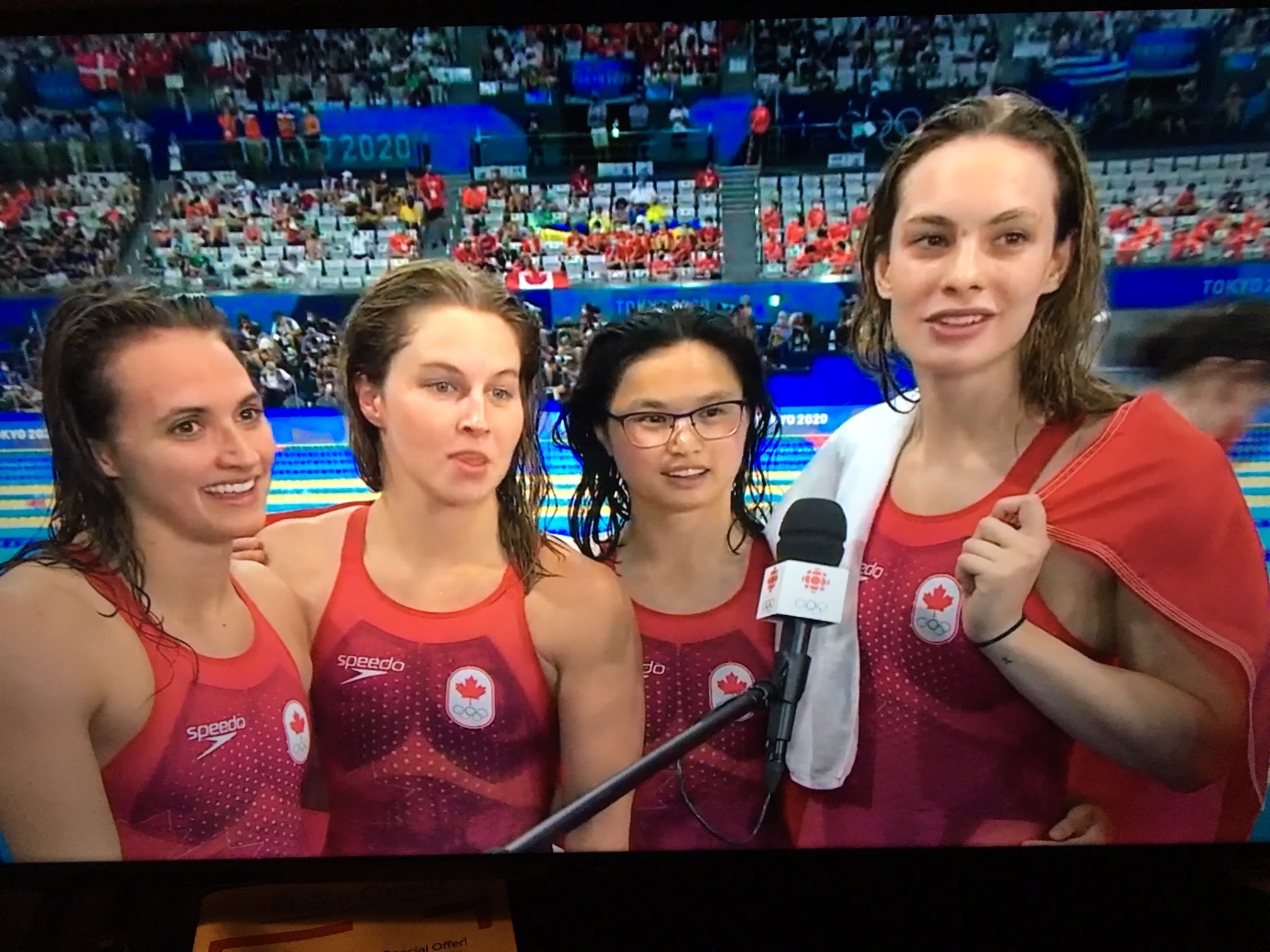 Penny Oleksiak, right, is interviewed by CBC Sports shortly after the Canadian women's team won a bronze medal in the 4x100m medley relay at the Tokyo Olympic Games. Along with Oleksiak, team members shown are Kylie Masse, Sydney Pickrem and Maggie Mac Neil.

Beacher Penny Oleksiak is Canada’s most decorated Olympic athlete of all time.

Oleksiak, 21, won her seventh Olympic medal on Saturday night in the Tokyo Games to set the record. Swimming the final leg of the women’s 4×100-metre medley race, Oleksiak helped the Canadian team win the bronze medal on the final night of swimming competition at these Olympics.

The Canadian women’s 4x100m medley team in tonight’s race was Kylie Masse in backstroke; Sydney Pickrem in breaststroke; and Maggie Mac Neil in butterfly. They finished in a time of 3:51.60 for the bronze medal. Australia won the gold and the United States took the silver.

In an interview with CBC Sports shortly after the completion of tonight’s race, Oleksiak said she was proud of her teammates and their achievements in these Tokyo Olympic Games.

“I’ve accomplished this history with girls who are making history,” she said.